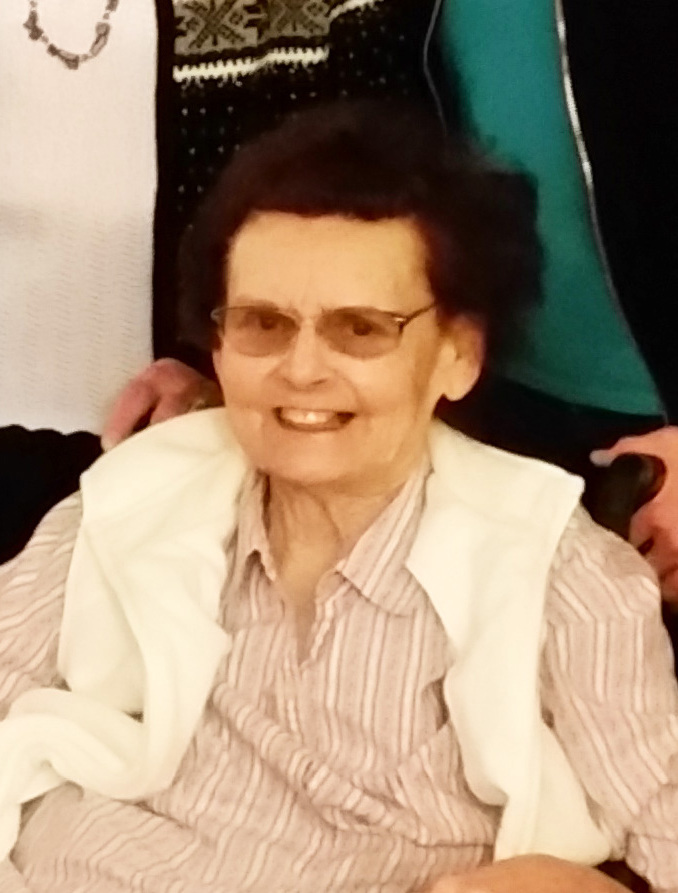 Irma was born in Lloydminster to hard-working parents Bertha & Garthorn Barker, and grew up on a farm in the Deer Creek area, attending a 1 room school house 1 mile away. She maintained lifelong, very close relationships with her 3 older sisters, Naomi, Beatrice, and Audrey. The family relocated to Lloyd in the early forties.

Irma attended Miller’s Business College in Lloydminster ahead of pursuing her interest in Christian ministry at Sharon Bible College (North Battleford) from which she graduated in 1949. While at Bible College Irma met the love of her life, Art Wagar, whom she married on June 26, 1954.They made their home in Lloydminster and immersed themselves in their passion for Christ. Art pursued a far reaching international travelling ministry and Irma remained at home to support her mother. During this time Irma employed her business skills at the Lloydminster Co-op Creamery. After the death of her mother, Irma was able to accompany Art on a few of his missions.

In the Bible Jesus said, “Greater love hath no man than this, that a man lay down his life for his friends” (John 15:13). Irma and Art lived out this ethic every moment of their lives. They had deep compassion for children, the helpless, the elderly, their relatives; they provided assistance wherever, whenever and however they perceived a need…caring for her mother in her declining years, providing transportation for anyone without a vehicle and for children to Sunday school, helping out on the farm, weekly visits to Beatrice in an Edmonton care home, daily visits to and care of Audrey in Jubilee, visits to other shut-ins…the list is endless.

Irma had an equally deep compassion and love for all animals (except mice). No stray animal passed her house without a cheery word and a dish of food. She befriended and transformed some of these into lifelong pets. Irma saw humour in almost everything and was often in states of uncontrollable laughter. She was known for her giggles, even to the day of her death.

Irma was a good cook and many of her friends and family, in times of distress, were recipients of her (world’s best) potato soup or potato salad. Irma moved to Jubilee Home in September 2016 after breaking a hip.

She was predeceased by: her husband, Art (1998), and on the Barker side by parents, Garthorn (1950) and Bertha (1981); sisters, Naomi/Beverly, Beatrice/Seth, Audrey/Ron; 2 infant brothers; nieces/nephew, Mavis, Larry, and Betty.

A private family service in memory of Irma will be held.

Irma's memorial card can be viewed or downloaded from the link below.