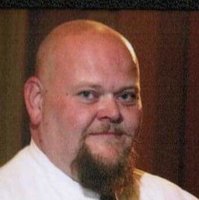 Raymond John Bonsan passed away at Lloydminster Hospital, Lloydminster, Saskatchewan, February 21, 2021 at the age of 48 years.

He is predeceased by: his father, John Arthur Bonsan; mother, May Paulette Rascher-Baker; and his step-father, Ronald Mervin Alexander Baker.

The interment for Raymond will be held at a later date.

Donations in memory of Raymond may be made to donor's charity of choice.