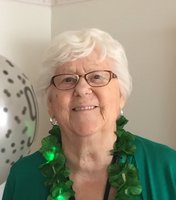 Lena Theresa Schonheiter passed away suddenly at her home in Lloydminster on April 1, 2021 at the age of 90 years.

A private family celebration of life for Lena will be held at a later date.

Donations in memory of Lena may be made to Lloydminster Regional Health Foundation or donor's charity of choice.