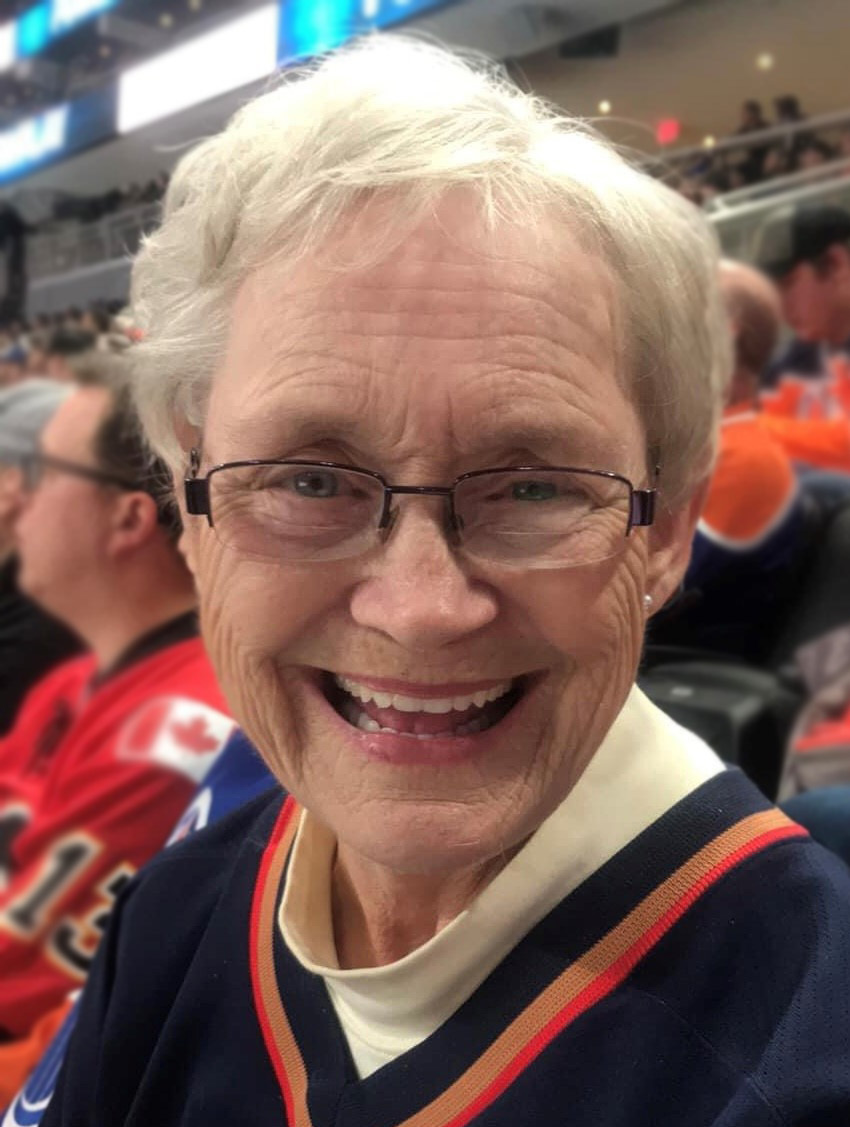 It is with extreme sadness and heartbreak we announce the passing of Barbara Jean Noonan, surrounded by her family, at the Royal University Hospital, Saskatoon, Saskatchewan at the age of 75 years.

Barbara Jean Davies was born in Lethbridge, the family then moved to Medicine Hat, Calgary and later to Edmonton. As a young woman in Edmonton she met Dennis and they were married May 21, 1966. They started a family in 1968, and had three children - Kenny (son, Jake and grandson, James), Krista (sons, J.J. and Johnny) and Denine (husband, Danny and son, Cameron). In 1988, the family moved to their current residence at the farm near Maidstone. Barbara was a devoted and loving wife, mother, grandmother and great grandmother. She held a variety of positions with numerous organizations and she had a life-long association with the Girl Guides of Canada and held many volunteer positions with the Guides. Another of her favorite pastimes was the Maidstone Quilting Group and while a member of the Quilter’s group, she developed great friendships.

Barb is survived by: her devoted husband, best friend and love of her life for 56 years, Dennis and her children, grandchildren and great grandson. She is also survived by her twin brother, Bob and his wife, Joyce and family residing in Victoria, BC. Other members of her surviving family are sisters-in-law, Donna Noonan, Gail (Emmet Medernach and family), brother in-law, Warren (Jane and family).  Barb will be forever in the hearts of numerous cousins, nieces, nephews, and extended family and friends.

While we are very saddened by her passing, we as a family will be forever grateful for having her for many years in our family. Barb will always be remembered by her laughter and joy. Barb’s family would like to acknowledge all the loving care and attention she received from health-professionals in Maidstone, Lloydminster and Saskatoon.

**Due to the weather, the Graveside Service has been moved to Friday, November 4, 2022 at 10:30 AM at Maidstone Cemetery, Maidstone, Saskatchewan.

In lieu of flowers, those wishing to honour Barb’s memory may consider a donation to Border Paws Animal Shelter Society or an organization of their choice.

Barb's funeral card can be viewed or downloaded from the link below.