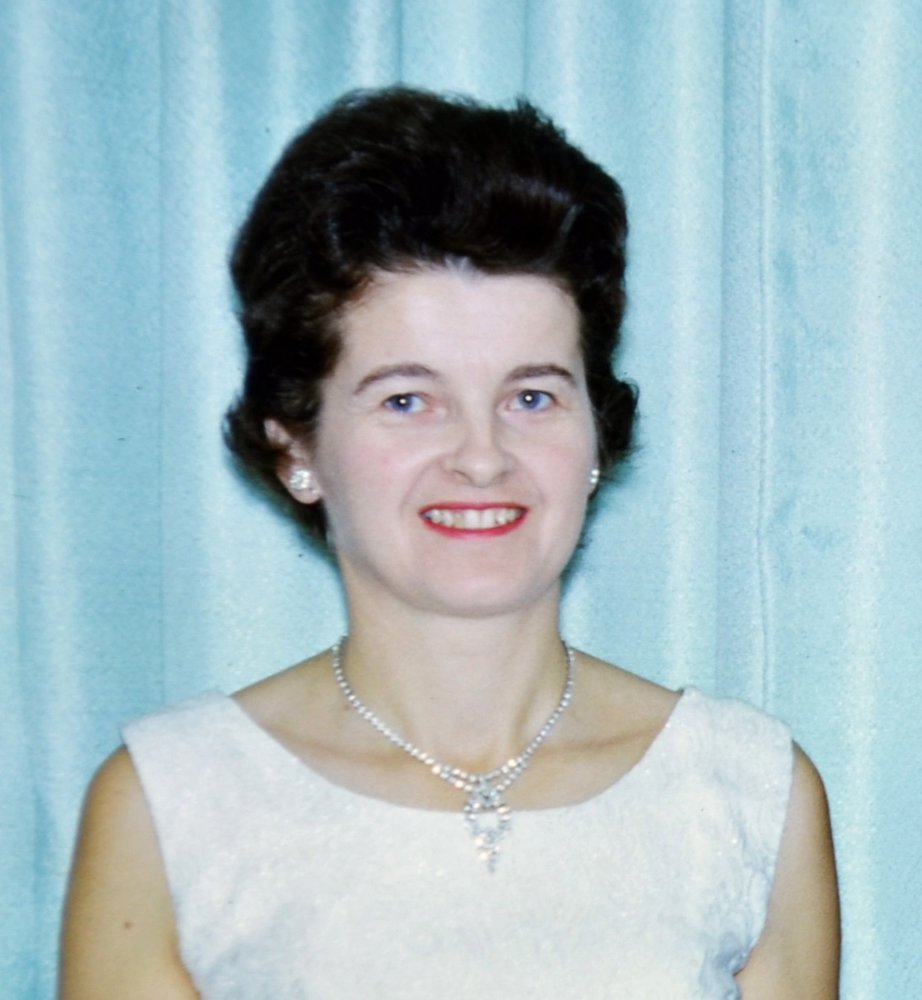 Stephanie Tobin (nee Medock) died April 25, 2019 in Calgary, age 91, after a long life of cherishing her family, giving to others and embarking on new adventures.

Stephanie was predeceased by: her husband, John (Jack) Bernard Tobin; her sisters, Mary, Ann and Isabel; and her brothers, John, Nicholas and Michael;

Stephanie was born April 4, 1928 in Inwood, Manitoba, the youngest child of Procopius and Jessie Medock. Her father died when she was three but her mother continued to run the family farm. Stephanie walked three miles each way for school until moving to Teulon to finish high school. She attended Winnipeg Normal School to become a teacher and taught for nine years before her marriage to John, whose career as a military pilot took them to postings in Winnipeg, Edmonton, Montreal, Portage la Prairie, Ottawa and Trenton. While John was on frequent flights to northern Canada, Europe, Africa and other places, Stephanie ran the household, orchestrated many moves and ensured the children were enrolled in music, sports and other programs that interested them. She put her farm background to good use, planting prolific gardens, taking the kids apple- and cherry-picking, and canning, pickling and freezing the bounty. She packed delicious picnics for trips to Sandbanks, Birch Lake and other beaches. Always industrious, she enjoyed sewing clothes and costumes, crocheting warm and cozy blankets, taking cooking classes, perogy-making, growing her own beansprouts, making yogurt, butter and ice cream and trying new recipes. She loved flowers, especially the delicate lady slipper.

After John took early retirement from the Canadian Armed Forces, he and Stephanie moved the family to Paynton, Saskatchewan, where they grew wheat, oats, barley and canola, and raised poultry and cattle. Stephanie enjoyed outings to pick wild berries for jams, jellies and syrups. They later retired from the farm to Ramsay Court in Saskatoon and kept busy with road trips, their garden, writing memoirs and doting on grandchildren. Stephanie was active in her church, leading Bible study groups with friends and at the local prison. After John died in 2012, she decided to move to Calgary.

In lieu of flowers, please donate to a charity that helps people in need.

Stephanie's memorial card can be viewed or downloaded from the link below:

Share Your Memory of
Stephanie
Upload Your Memory View All Memories
Be the first to upload a memory!