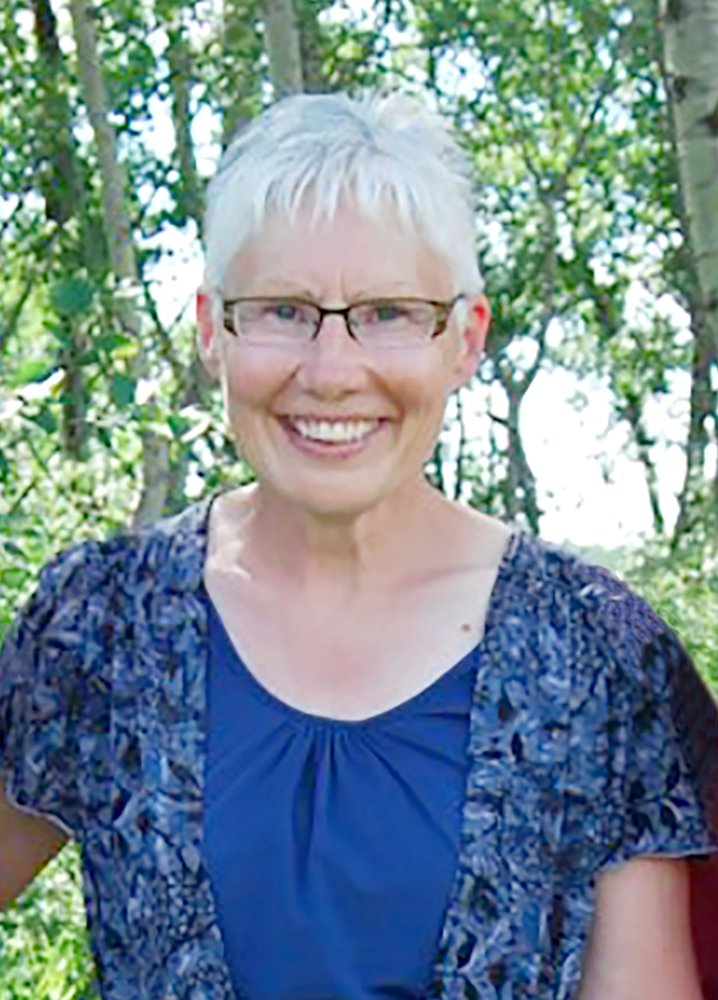 Mary Margaret Bray passed away at the Lloydminster Hospital, Lloydminster, Saskatchewan on Saturday, May 11, 2019 at the age of 68 years.

Mary was predeceased by: her parents, Warwick and Amelia Field; her brother, Rick Field; and her nephew, Greg Salter.

Celebration of Life for Mary will be held on Saturday, May 18, 2019 at 2:00 pm at Maidstone High School, Maidstone, Saskatchewan.

Donations in memory of Mary may be made to Manitou Lake Bible Camp.

Mary's memorial card can be viewed or downloaded from the link below:

Mary Margaret Field was born to Warwick and Amelia Field in Norquay, Saskatchewan.  Her first homes were on a small farm near Pelly, SK, then another small farm near Benito, MB.  Mary was born into a large family of fourteen, eight sisters and five brothers.  This large family was tightly bonded from the start and still is today.

After finishing school in Benito and Swan River, MB, Mary went on to Brandon University where she received a Bachelor of Education.  While at university, Mary played nearly every sport available to her and received the Jim Casey Award for Outstanding Athlete.   Many lifelong friendships were made during this time.

Mary first taught at Split Lake, MB, then moved to Ninette, MB.  She truly loved her students and quickly gained the respect of her students, their parents and the community.

She continued in sports, learning to skate and play hockey.  She picked up curling, a game she continued to play for many years.

While teaching in Ninette she met George Bray, who taught at the nearby town of Dunrea, MB.  The romance blossomed quickly and they were married on Mary’s birthday, December 6, 1975.  They moved into a teacherage in Ninette and then to Dunrea.  Sports were still a big part of life.  Mary joined the Souris Blues softball team.  This senior women’s team represented Manitoba at the Western Canadian playdowns several times.  Mary was in integral part of the team.  The team was inducted into the Manitoba Sports Hall of Fame in 2006.

Mary and George continued to teach and Tracy Lynn, a beautiful baby girl was born in June, 1979.

In Maidstone, the family found their long-time home and Mary continued her sports, playing softball with the Battleford Golden Gems masters women’s team. She encouraged her own children and many others to play ball, ringette, hockey, curling and other sports.

Mary’s love for kids grew and encompassed her granddaughters, Isabelle, Julia and Rosalie, daughters of Tracy and Scott Carson. These wonderful children filled her life with love, laughter and warmth. They also gave her a reason to get back to sports as she cheered, encouraged and coached another generation.

With her recent involvement at Lashburn Community Church, she became passionate about volunteering at the Manitou Lake Bible Camp, claiming the dish pit as her own and meeting some wonderful people along the way.

Mary’s family is tremendously grateful for the love and support shown by so many at this time as we look back on a life well lived and filled with love.

The family would like to especially thank Mary’s many friends who visited her in the hospital and the doctors and nurses and staff who provided such wonderful care. We also thank all those who brought food and flowers and hugs to help us through this time.

Share Your Memory of
Mary
Upload Your Memory View All Memories
Be the first to upload a memory!
Share A Memory
Plant a Tree