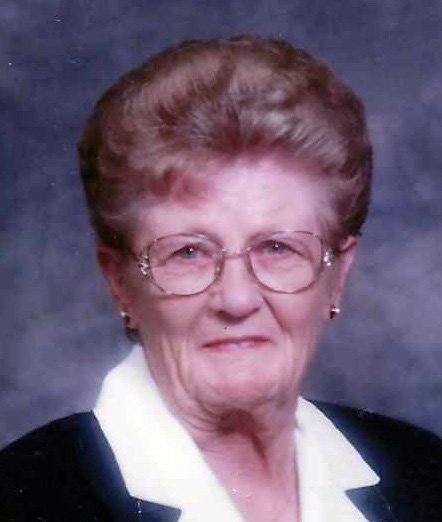 Dirkina Hendrika "Grace" Joki (nee: Jansen) passed away peacefully at Points West Living, Lloydminster, Alberta on Monday, May 27, 2019 at the age of 84 years.

Grace was born on her parents, Christina and Henry, farm near Beechy, Saskatchewan. After finishing grade school she worked as a teachers assistant at Invicta and Rob Roy schools. She married Peter in 1954 and they farmed and raised five children near Beechy until 1983 when they moved to Maidstone, Saskatchewan.  Grace was very hard working, artistic, and talented.  She loved flower gardening, raising bees, painting pictures, golfing, and playing cards with family and friends.

Grace will be missed by: her son, Glen of Lloydminster, Alberta; daughters, Debbie (Rod) of Salmon Arm, British Columbia, Brenda (Keith) of Sylvan Lake, Alberta, and Donna (Al) of Stoney Plain, Alberta; her sister, Rita of Swift Current, Saskatchewan; as well as, numerous grandchildren and great-grandchildren and nieces and nephews.

Grace was predeceased by: her husband, Peter; her daughter, Beverly; her brothers, John and Joop; her sister, Phyllis; her nephew, Dwayne; and great-granddaughter, Journey.

Grace suffered from Alzheimers and was a resident in Points West Living since March 2012. A very special thanks to the caring staff for their kindness, support, patience and understanding. Also special thanks to Home Care, Dr Lowton, Dr Bi, and Dr Naidoo for their care and support.

Grace was cremated and a Celebration of Life and burial will be held at a later date.

Donations in memory of Grace may be made to the donor's charity of choice.

Share Your Memory of
Grace
Upload Your Memory View All Memories
Be the first to upload a memory!
Share A Memory
Plant a Tree