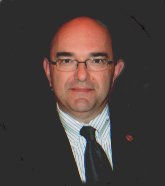 Martin Graham Schultz, 63, of Saskatoon, SK, passed away peacefully due to a sudden illness on August 1, 2019 at St. Paul's Hospital in Saskatoon.

Martin commenced his RCMP training at Depot in 1975, Troop 17. He went on to serve with distinction in law enforcement as an RCMP officer for 29 years at various postings throughout Saskatchewan. He was actively involved with many community organizations such as Air Cadets, the Saskatchewan Aviation Museum, and the Saskatchewan Museum of Military Artifacts. He had a passion for aviation as well as travelling with his wife, Marie. Martin also enjoyed many outdoor activities such as camping, kayaking, and cycling. He received numerous honours and awards, including a Commanding Officer's Commendation in 1998 and a Long Service Medal in 1995.

Martin is survived by his wife, Marie; his daughter, Pamela; his son, David; his grandchildren, James, Elizabeth, and Sarah; his sister Darlene Despaties (Alain); numerous nieces, nephews, and brothers and sisters in law.

The funeral service will be conducted from St. Anthony's Roman Catholic Church, Lloydminster, AB, on Thursday, August 8, 2019 at 10:30 AM. Burial will follow at the Lloydminster Cemetery.

In lieu of gifts or flowers, please consider a donation to the Canadian Cancer Society.

Martin's funeral card can be viewed or downloaded from the link below.

Share Your Memory of
Martin
Upload Your Memory View All Memories
Be the first to upload a memory!