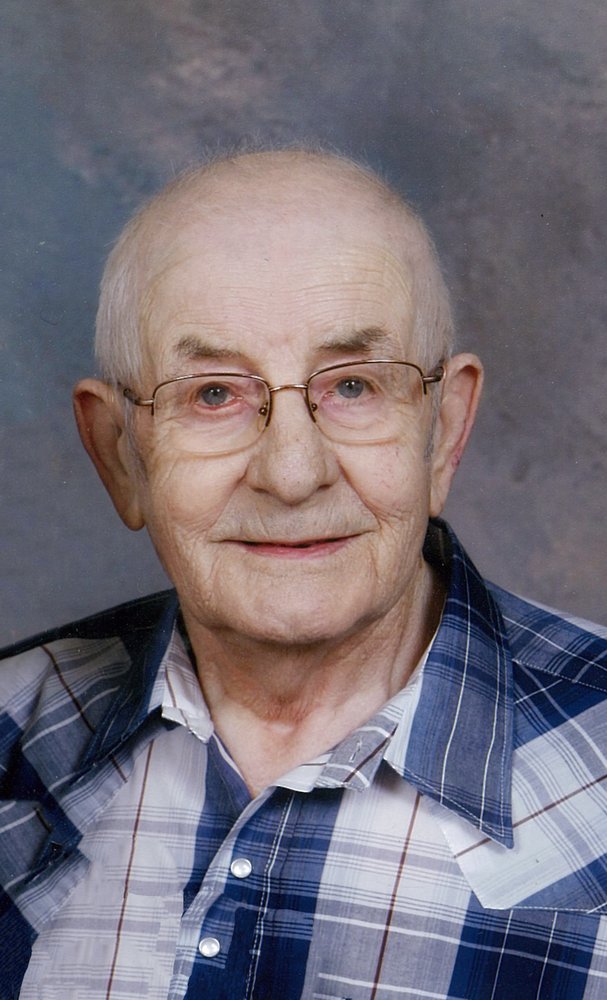 John Volk passed away at the Lloydminster Hospital, Lloydminster, Saskatchewan on October 25, 2019 at the age of 90 years.

The Prayer Vigil for John will be held from St. Anthony's Roman Catholic Church, Lloydminster, Alberta on Thursday, October 31, 2019 at 6:00 PM.

The Mass of Christian Burial for John will be conducted from St. Anthony's Roman Catholic Church, Lloydminster, Alberta on Friday, November 1, 2019 at 1:00 PM.

Donations in memory of John may be made to Heart & Stroke Foundation.

John's funeral card can be viewed or downloaded from the link below.