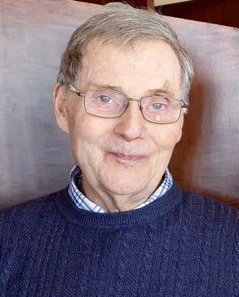 James S. "Hamish" Duncan passed away peacefully, November 17, 2019, with his beloved wife, Maire at his side. Besides Maire, Hamish leaves behind: daughters, Katherine (Ute) and Heather (Mike); and grandchildren Dorian, Nicholas and Jessica. Hamish will also be missed by: his brother-in-law, James Echlin (Pamela); nieces, Laurie (Brian) and Debbie (Doug); as well as, other relatives and friends. He is predeceased by his parents; his beloved elder sister, Lenore; and Lorna, the mother of his children.

Having been born in Lashburn, Saskatchewan into a farming family, farming never left him, but his ambitions and entrepreneurial spirit took him to places as far afield as Africa, Australia, Europe, Central and North America, as well as locations in Canada. Hamish will be remembered as a gregarious conversationalist who could engage with almost anyone on any topic. We will miss him dearly.

In his final years, Hamish was cared for with kindness and patience by the staff of the Reminiscence Floor at Sunrise of Victoria.

A “Farewell Reception” was held for Hamish on December 9, 2019 at Delta Ocean Pointe Hotel in Victoria.

If desired, donations in his memory may be made to Alzheimer Society of Saskatchewan.

The Graveside Service for Hamish will be conducted from Waseca Cemetery, Waseca, Saskatchewan on Monday, October 4, 2021 at 2:30 PM.

Hamish's memorial card can be viewed or downloaded from the link below.

Share Your Memory of
Hamish
Upload Your Memory View All Memories
Be the first to upload a memory!
Share A Memory
Plant a Tree