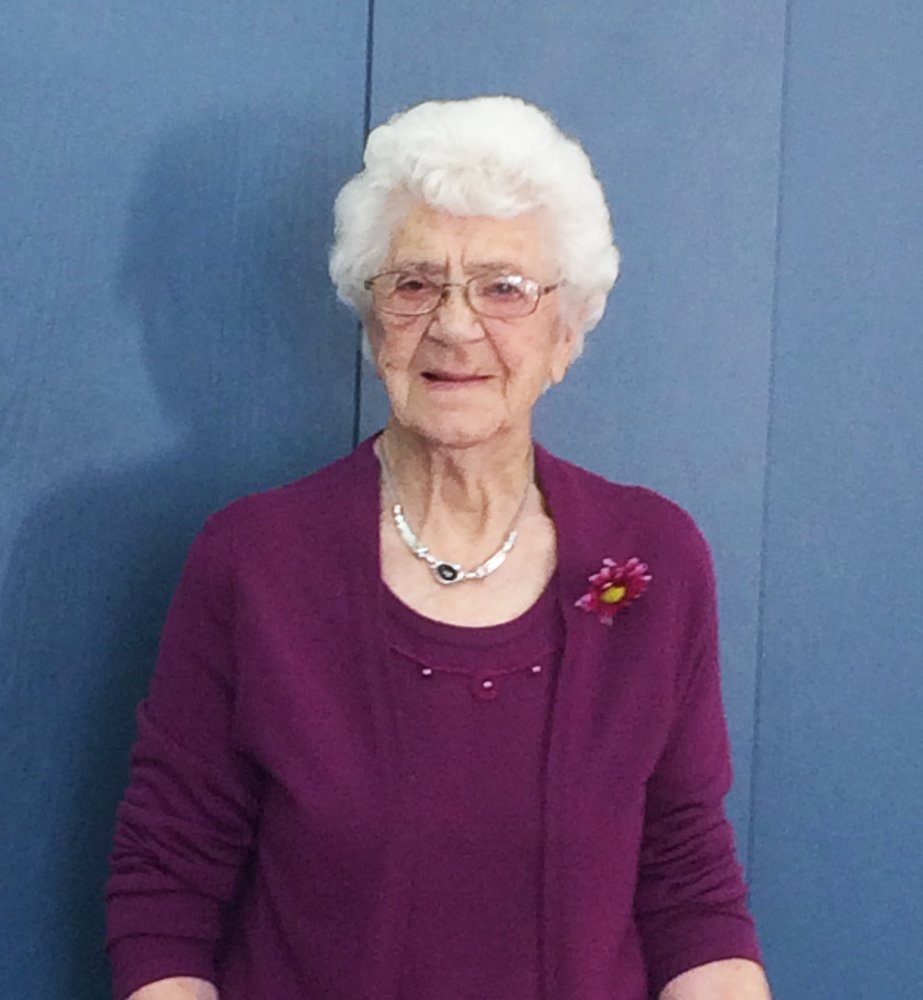 Agnes Elise Opsal of Livelong, SK passed away at Turtleford Riverside Complex on Tuesday, March 3, 2020 at the age of 94 years.

Agnes was born in Levanger, Norway, oldest daughter to Oline and Tormod Jorgenson. She came to the Mervin Region at 2 years of age with her mother and father. They established a farming life along with her sister and brother. They went to Brooksdale School near Mervin, SK. After finishing school, Agnes worked as a telephone operator initially in Turtleford. She met her husband, Lisle, and they were married on July 5, 1951. They worked together on their farm near Livelong until they sold the farm and moved to Saskatoon in 1976. She was active as a homemaker, president of the Ladies Homemaker Club and was in the Ladies Auxiliary. She later was involved with the Legion Branch #192 in Livelong, along with her husband. She always had time to help her neighbors in Saskatoon, Livelong, and at Turtle Lake where she retired. She loved sports including golf, bowling, fishing, curling, and in her younger days, ball. She played lots of cards at Turtle Lake and Dexter Hall. She also enjoyed some travelling to places like Vancouver Island and to Montreal where she watched her son play hockey in the Montreal Forum against Montreal Habs Alumni.

Agnes is predeceased by: her parents, Oline and Tormod Jorgenson; mother and father in-law, Mabel and Ole Opsal; husband, Lisle Opsal and his brothers, Roy and John; and nieces, Judy Opsal of Montreal and Susan Shimla of Saskatoon; and her 20-year-old Coon Cat, Misty.

Agnes was cheerful and fun to be around. Agnes will be missed by all who knew her. We would like to extend our sincere appreciation to the staff of Riverside Health Complex.

With heavy hearts we are sad to announce the Memorial Service for the late Agnes Opsal will be postponed to a later date due to the circumstances surrounding COVID 19. We are having to make this tough decision for the safety of the community and families we serve.

Donations in memory of Agnes may be made to Turtleford Hospital Auxiliary in Turtleford, SK or Royal Canadian Legion Branch #192 in Livelong SK.

Agnes' memorial card can be viewed or downloaded from the link below.

Services for Agnes Opsal
There are no events scheduled. You can still show your support by planting a tree in memory of Agnes Opsal.
Visit the Tribute Store

Share Your Memory of
Agnes
Upload Your Memory View All Memories
Be the first to upload a memory!
Share A Memory
Plant a Tree