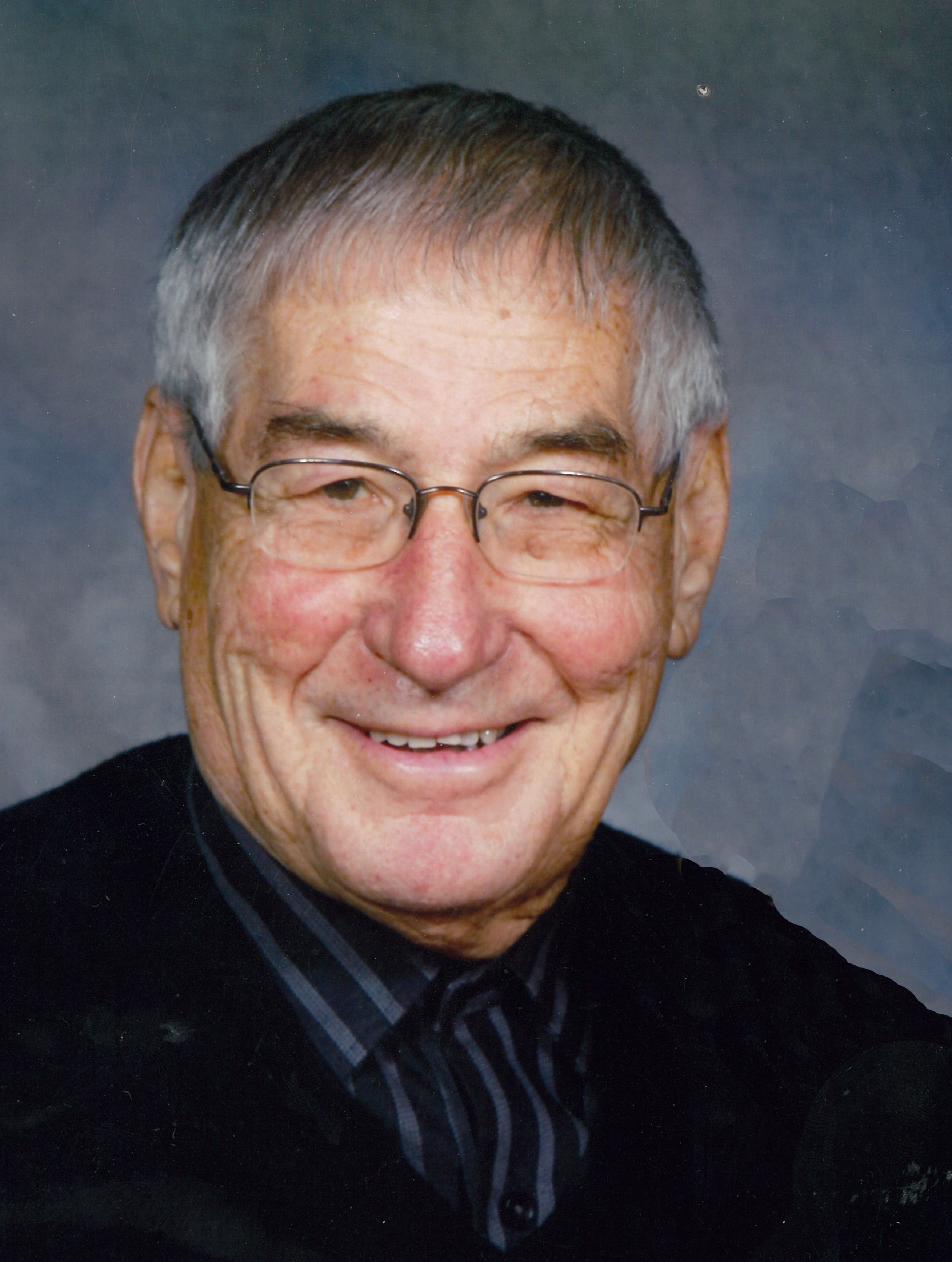 Ted was born in Wilkie, Saskatchewan April 27, 1933 being the 6th child of 10 born to Martin and Agnes William. He had 2 brothers and 7 sisters. Ted moved to Lloydminster at the age of 15 with his parents, 1 brother and 4 younger sisters.

Following graduation from High School in 1951, Ted was employed by Husky Oil Company for the next forty years. Ten of those years, 1956 -1966, were spent in Calgary.

Upon moving back to Lloydminster, Ted was involved in work, family, church, LION’s Club, the Cancer Society, Minor Hockey and ball. In the summer, he enjoyed morning golf with his golf buddies, gardening, feeding and watching the birds enjoy his bird bath and spending as much time as possible with grandchildren in various activities. In the fall – geese beware! Winter often saw him as a volunteer helper in the penalty box for hockey games at the Civic Center.

Ted also enjoyed sports on TV, doing the daily cross-word puzzle, playing cards or just a friendly visit with family and friends. Ted said his pleasure came, “not so much from what I did but who was with me to enjoy it with, my family and friends.”

Ted’s faith sustained him. He knew heaven would be his final home and that is what he wants people to know – as it says in Psalm 23: “...Surely goodness and mercy shall follow me all the days of my life; and I shall dwell in the house of the Lord forever”.

The family would like to extend a sincere Thank You to the attentive workers at the Lloydminster Hospital – with special thanks to the efforts of those in Physio and for the dedicated care given by the Palliative Care team.

Donations in memory of Ted may be made to First Lutheran Church in Lloydminster, or to the Mazankowski Alberta Heart Institute c/o the University Hospital Foundation, or to the charity of donor's choice.

Share Your Memory of
Ted
Upload Your Memory View All Memories
Be the first to upload a memory!
Share A Memory
Plant a Tree