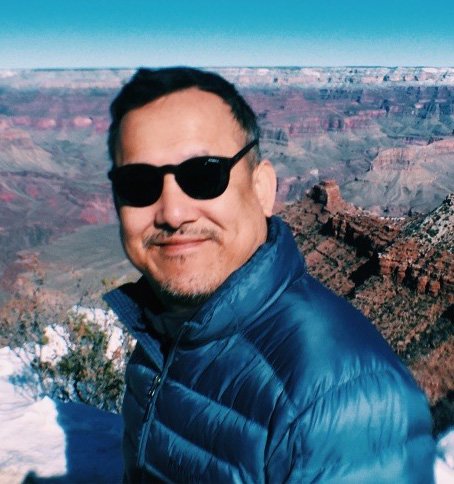 Young Sam Kim passed away in Lloydminster, Saskatchewan, on Friday July 24, 2020 at the age of 55 years.

Sam was born on April 14, 1965 in the city of Gyeongju in North Gyeongsang Province of South Korea, where he was raised with his four siblings. He immigrated to Canada with his wife and two daughters in 1999. He worked and lived in Canada for over 20 years, during which he unconditionally loved, supported, and lifted his family up. He was a highly skilled and coveted dental technician who owned his own dental laboratory in Lloydminster, Saskatchewan. He worked extremely hard in his Lloydminster dental practice for nearly 10 years (total of 25 years in dental). He worked every single day, and his hard work put his daughters through university, as they collectively obtained two undergraduate degrees and one graduate degree. They continue to be assisted and encouraged by their dad to earn their second and third university degrees, respectively. Sam thoroughly believed in the power and independence of women, as he also supported his wife in her successful catering business. He always believed his three girls were the best, and his greatest achievement was giving them the opportunities he thought they deserved. During his life in Canada, Sam enjoyed golfing, exploring, road tripping, hiking, camping, berry picking, fishing, guitar playing, and woodworking. Sam was the most curious, creative, and driven soul. He stopped to examine every natural wonder. He always tried to innovate and improve existing devices. His hard work and dedication to his family will remain in everyone's hearts.

His legacy is survived by: his wife, Lim; and his two daughters, Jay and Hyemi. His family and friends are devastated, but they take solace in the fact that Sam is at peace.

Donations in memory of Young may be made to the donor's charity of choice.

Sam's memorial card can be viewed or downloaded from the link below.

Share Your Memory of
Young
Upload Your Memory View All Memories
Be the first to upload a memory!
Share A Memory
Plant a Tree