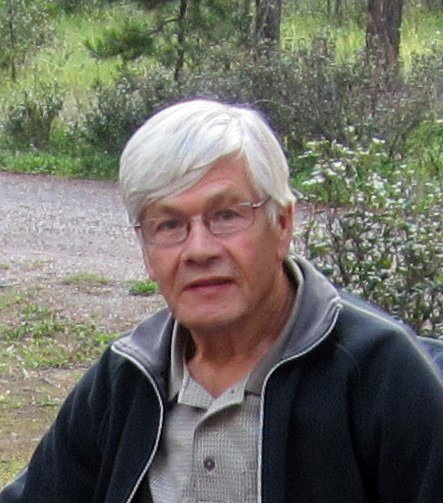 It is with great sadness that the family of Michael "Mike" Alan Begg announces his passing on October 8, 2020 at age 76 at the University of Alberta Hospital in Edmonton. Mike was born in London, England in 1944, son of Albert and Grace Begg.

As a young man, Mike worked for the British Telephone company before emigrating with his family to Canada in the spring of 1975 to join AGT (Telus) in Lloydminster. This move was inspired by a dream of owning land; he consequently built a family home on eighty acres south of Lloydminster and ventured into farming. This experience prompted a move to the Rivercourse area in 1980 where Mike farmed for many years, built a second family home and lived with Margaret until 2019. Always open to new endeavors, Mike supplemented farming with a shoe repair business, rural mail delivery, and picker truck operator. However, his ability as a carpenter saw him busy well into later years, building numerous decks, finishing several basements as well as a variety of other projects within his community for friends, neighbours and family.

He was passionate about his British cars, having restored a 1954 Sunbeam Alpine and a 1969 MGB. He was a proud member of the Borderline British Drivers Club and enjoyed trips through the mountains and to southern Alberta with his friends in the club.

Family vacations, camping and traveling to the mountains, BC, the US and Eastern Canada were some of his fondest memories. He loved to get together with all his children and grandchildren for special occasions and family meals. In his retirement years he enjoyed meeting his Telus colleagues at his favorite restaurant, Tim Horton’s,  for coffee.

The family would like to thank the doctors and staff at the University of Alberta Hospital for their kindness and compassion toward the entire family and making Mike as comfortable as possible in his final days.

Share Your Memory of
Mike
Upload Your Memory View All Memories
Be the first to upload a memory!
Share A Memory
Plant a Tree