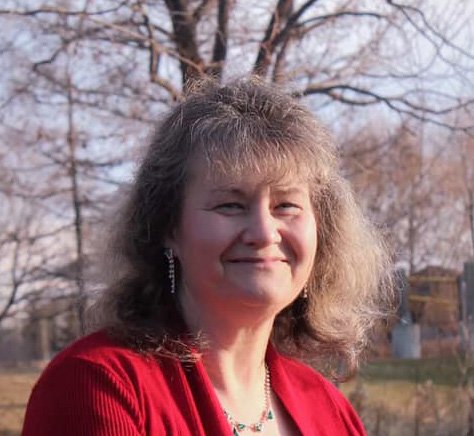 Gail Patricia Fenske (nee Ray) of Lloydminster, AB passed away on April 24, 2021 at the age of 53 after a courageous battle with cancer.

Gail was born in Paradise Hill, SK on November 2, 1967. She grew up and attended school in Paradise Hill. Upon completing school, Gail went to Saskatoon where she cleaned rooms at the Travel Lodge. In 1987 she moved back to Lloydminster, AB and began a 30-year career at Kentucky Fried Chicken. Gail appreciated all the kindness and support she received from the owners and staff.

In 1996 while visiting Saskatoon, Gail met the love of her life, Jeff Fenske. For them it was love at first sight, and they married a year later, on June 28, 1997. Jeff followed Gail back to Lloydminster where they built a home and many wonderful friendships together.

Gail enjoyed spending time with family. As a child many special camping trips were made with her Auntie Janice and cousins Sherry and Bryon. Gail took great pride in being an auntie and enjoyed hearing about the antics of her nieces and nephews. Travelling was also something Gail enjoyed. She had the opportunity to visit BC with friends when she was younger, and enjoyed spending time in Nova Scotia, Las Vegas, California, Arizona, and Florida. Gail and Jeff were especially excited about their trips to both Disneyland and Disney World.

Other activities that were special to Gail included scrap booking, sewing, crafts, singing, gaming, and visiting with her family and many friends on Facebook. Gail will be forever remembered for her quick smile, infectious giggle, strength, and positive spirit.

Donations in memory of Gail may be made to LRHF Palliative Care or donor's charity of choice.

Gail's funeral card can be viewed or downloaded from the link below.

Share Your Memory of
Gail
Upload Your Memory View All Memories
Be the first to upload a memory!
Share A Memory
Plant a Tree