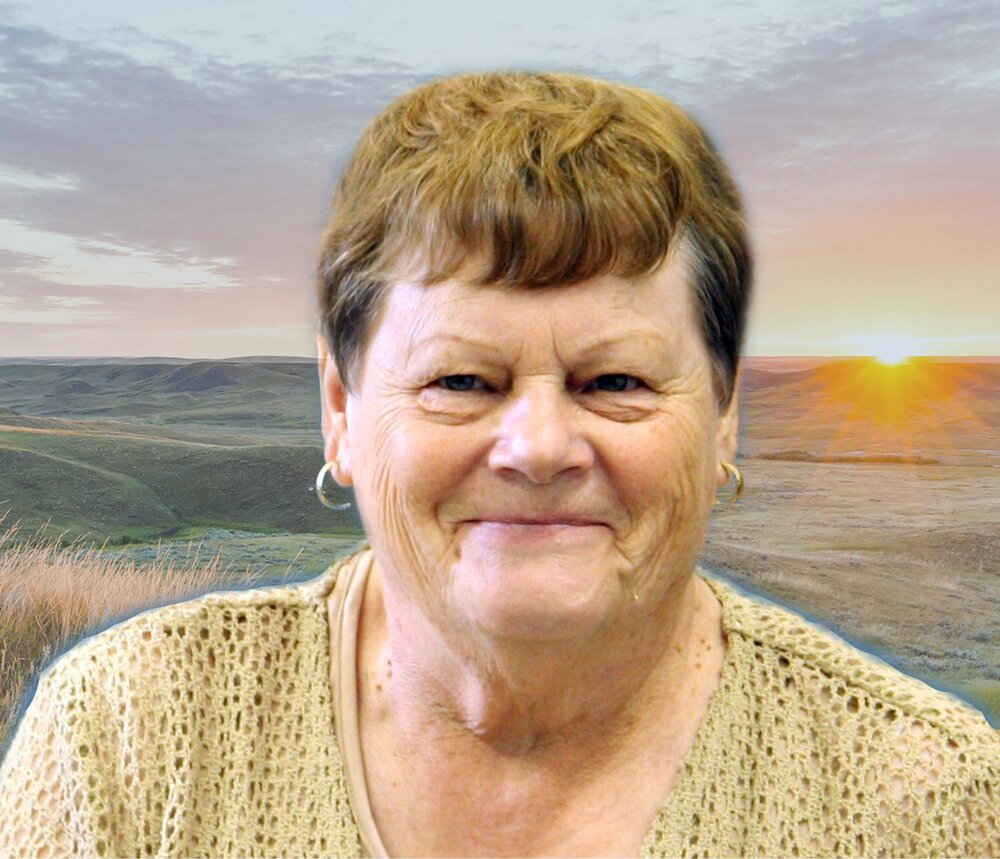 Our beloved Mother, Grandmother, Sister, Aunty and Friend, Hedy Irene Johnson (nee Fast) passed gracefully into the care of the Lord with her son by her side at Victoria Hospital, Prince Albert, Saskatchewan on November 4, 2021 at the age of 85 years.

She began her life in Hepburn, SK on November 28, 1935 to parents Abram and Elsie (Esau) Fast where she spent the first 10 years her childhood.

A family move to Abbotsford, BC took place in 1945 where they began their BC adventures.  She helped her mother tend to younger siblings, manage the house and many farm chores, all the while enjoying laughter and family shenanigans that made many memorable moments out of everyday life.  In her teens she enjoyed school and baseball (and by recounts was pretty fair at it too).  She began her employment career as a switchboard operator with BC Telephone advancing quickly to manager and trainer which she recalled with honor. This led her to accepting a job with AGT at Wainwright, AB in 1962 which was not so far from where the majority of her years were to be lived.

In 1964 her sister Evelyn introduced her to Earl whom she married in 1966. In 1967 their son Miles was born. Her love and dedication for “her men” and their Battle River valley farm at Unwin was strong and the joy of her life. She was always a willing participant in whatever needed to be done; keeping all the books and records meticulous with her incredible memory and sharp mind, chasing livestock (keeping up those legendary legs), tending to newborns, feeding, driving anywhere and everywhere and never ever missing feeding her men and the many memorable crew members through the years. Sharing the farm with Earl’s parents, brother Les (Myrtle) and family brought much support and Miles could often be found with Don, Lori and Jacquie (probably up to something).  She was an active community member and enjoyed curling and social events. The house was a regular visitor’s stop where all were welcomed with endless coffees, sweets and conversation. Phone calls filled in the gaps. She made the best of everything she could in her life, found joy in the simple things, and bravely faced any hardships with Faith, positivity and strength.

She loved to cook at home and for others working at the Paterson Dairy from 1964-1966 and Manitou Lake Bible Camp from 1966-1971. School breaks were usually times for trips back to BC to enjoy visits with the Fast family and were especially enjoyed together with Miles, Evelyn, Chris and Kelly. By train, bus, car and plane the road was well traveled both ways as the “BC Clan” also relished their regular trips to Saskatchewan keeping family bonds tight.

Through the years she was also babysitter to several local farm families’ children, and as they grew and went off to school, she cherished the role played in their lives. She also worked as a cook at Neilburg hospital when Johnson Brothers Dairy wound down operations in the mid 90’s.

In the later years she had the misfortune of declining and persistent health issues but never let that break her spirit. The multitude of prayers, calls, visits, letters, and love kept her strong and resilient to the end. We will greatly miss and try to carry on in her honor the lessons she taught by example: her love for family values, her ready laugh, her compassion, and her strength of spirit.

The family wishes to acknowledge and send great appreciation and gratitude for the care provided by the Lloydminster Jubilee Home, the Lloydminster and Victoria Hospital (Prince Albert) staff, doctors and nurses; and STARS and Medavie ambulance services.

Aftercare has been entrusted to McCaw’s funeral service in Lloydminster.

A Private interment and community celebration will be held at a later date.

Share Your Memory of
Hedy
Upload Your Memory View All Memories
Be the first to upload a memory!
Share A Memory
Plant a Tree