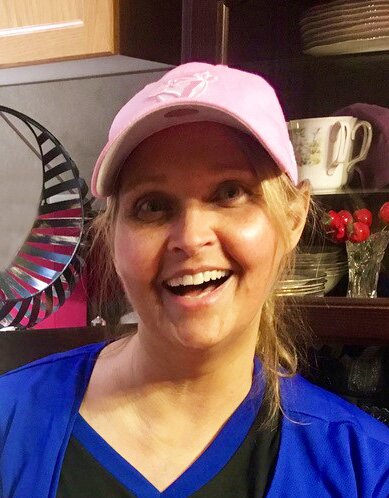 Please share a memory of Deb to include in a keepsake book for family and friends.
View Tribute Book

Deborah Griffin passed away peacefully at home in Lloydminster, Alberta, December 9, 2021 at the age of 54 years.

Deb was born December 21, 1966 in Calgary, Alberta moving numerous times across the prairies before settling in Tofield, Alberta where she graduated high school in 1984. Deb went on to study radiology at NAIT and graduated in 1986 and began working at the Red Deer Hospital. In 1990, Deb moved to Saudi Arabia to work at the hospital in Riyadh, where she worked for a few years before moving back to Canada and marrying Blaine in April 1994. Deb and Blaine then decided to move to Brooks, Alberta in 1993, and started a family: having Wyatt in January 1995 and Lauren in August 1996. They lived and worked in Brooks, until deciding to relocate the family to Lloydminster in 2014. Deb made many great friends during her time in Brooks, especially in the dance and hockey community as the kids got older.

Deb loved to travel and visited many places like Saudi Arabia, Thailand, Paris, Vietnam and the Caribbean. She was so fearless, traveling abroad by herself and moving to live and work in Saudi Arabia. No matter where she was in the world, she could always find a party. Deb loved to dance (especially to country music), sewing, baking, and cooking for friends and family. She also loved to work as an X-Ray Technician and made many friends from around the world doing it.

Despite struggling with MS, she always made sure to help others around and close to her. She always maintained her giving, selfless and compassionate persona. Her bubbly personality, infectious laugh and smile will be missed dearly.

A Memorial Service for Deb will be scheduled for Spring/Summer 2022.

In lieu of flowers, donations in memory of Deb may be made to MS Society of Canada.

Share Your Memory of
Deb
Upload Your Memory View All Memories
Be the first to upload a memory!
Share A Memory
Plant a Tree