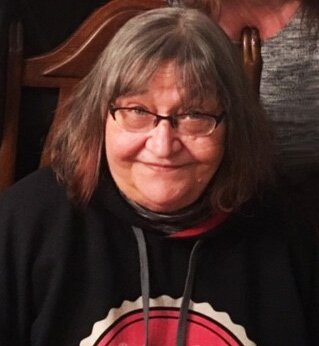 Please share a memory of Jody to include in a keepsake book for family and friends.
View Tribute Book

Jody Filewich passed away at Lloydminster Hospital, Lloydminster, Saskatchewan, December 16, 2021 at the age of 67 years.

Jody is predeceased by: her husband, Ron Filewich; and father, Oscar Saulit.

Jody was cremated and a Private Family Memorial Service will be held at a later date.

Donations in memory of Jody may be made to Lloydminster Salvation Army.

Jody's memorial card can be viewed or downloaded from the link below.

Share Your Memory of
Jody
Upload Your Memory View All Memories
Be the first to upload a memory!
Share A Memory
Plant a Tree