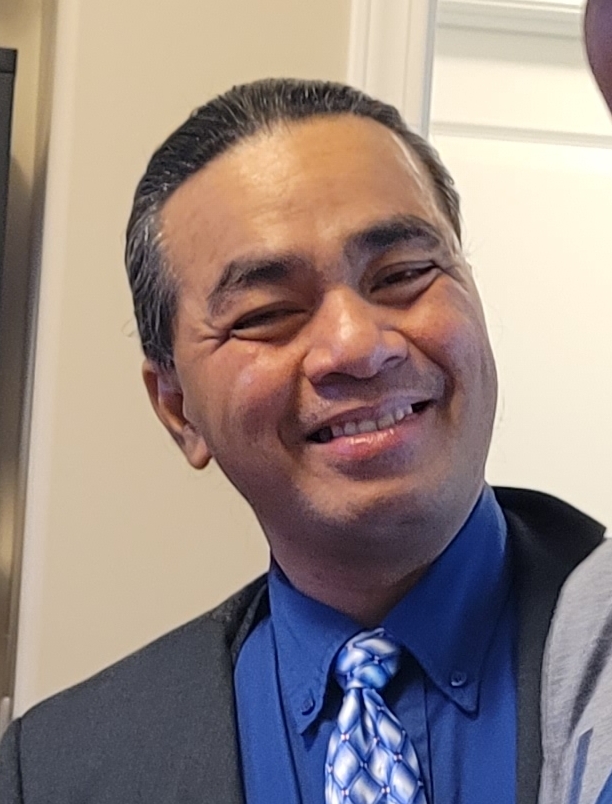 Please share a memory of Eugene to include in a keepsake book for family and friends.
View Tribute Book

It is with heavy hearts that we announce the sudden passing of Eugene Rubia Santiago, Lloydminster Hospital, Lloydminster, Saskatchewan on Tuesday, December 28, 2021 at the age of 48 years.

Eugene was predeceased by: his father, Romeo Santiago; and brother, Arnold Santiago.

The Prayer Vigil will be held at St. Anthony's Roman Catholic Church, Lloydminster, Alberta on Friday, January 7, 2022 at 7:00 PM.

The Funeral Service for Eugene  will be conducted from St. Anthony's Roman Catholic Church, Lloydminster, Alberta on Saturday, January 8, 2022 at 10:00 AM. If you are unable to attend in person you may view the live streaming of the service which will be posted on McCaw Funeral Service website under Eugene's obituary at the time of the service.

Donations in memory of Eugene  may be made to Heart & Stroke Foundation.

Eugene's funeral card can be viewed or downloaded from the link below.

Share Your Memory of
Eugene
Upload Your Memory View All Memories
Be the first to upload a memory!
Share A Memory
Plant a Tree