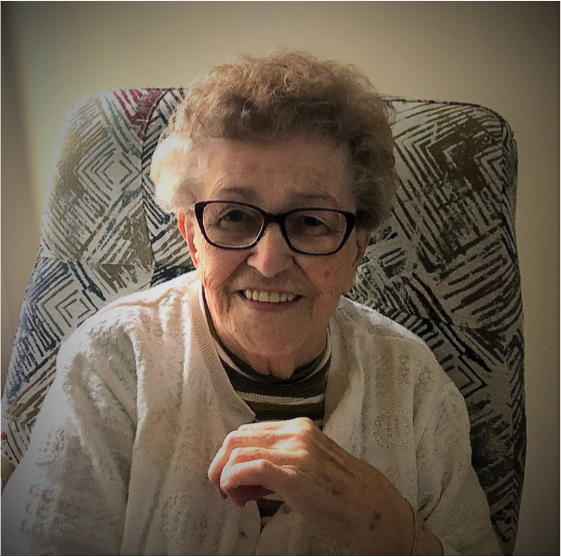 Please share a memory of Jean to include in a keepsake book for family and friends.
View Tribute Book

Jean Eleanor Donally passed away at Lloydminster Hospital, Lloydminster, Saskatchewan on December 30, 2021 at the age of 89 years.

Jean was born on the family farm near Val Marie, Sask. on October 16, 1932. Her family moved north to Maidstone when she was still a child. When she was 14, her family moved again, and began running the beach resort at Loon Lake Beach. She married Bob Donally in 1951 and went on to have 6 children. Jean was very involved in the Eastern Star and with the Ladies Club at Four Corners and was very dedicated to her parents as they aged. She was divorced in 1975 and then wandered around the country living in Saskatoon, Calgary, Vancouver, Kamloops, Saskatoon again, Toronto and finally Lloydminster. She loved to travel and spent time with her son Kent in Australia and her daughter Kelly in Qatar.

Jean is predeceased by: her parents, Roy and Freida Longdo; her brothers Adrian, Gordon, Charles and Robert Longdo; and her sister, Irene Rosdahl.

The Memorial Service for Jean will be conducted from the McCaw Chapel, Lloydminster, Alberta, on Tuesday, January 4, 2022 at 2:00 PM. If you are unable to attend in person, you may view the live streaming of the service which will be posted on McCaw Funeral Service website under Jean's obituary at the time of the service.

Jean's memorial card can be viewed or downloaded from the link below.

Share Your Memory of
Jean
Upload Your Memory View All Memories
Be the first to upload a memory!
Share A Memory
Plant a Tree