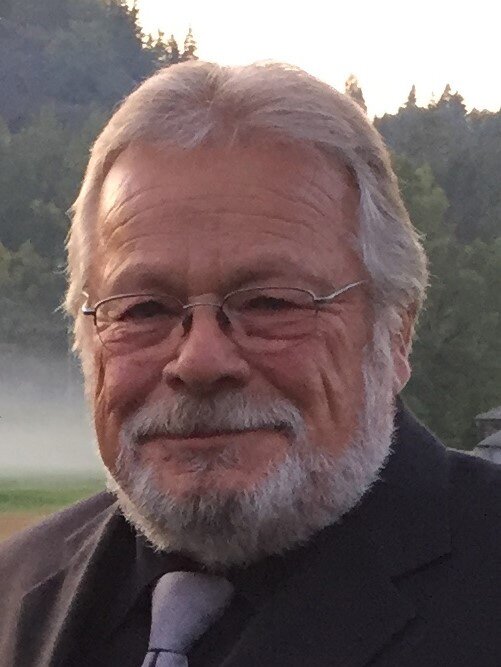 It is with great sadness that we announce the passing of Barry Ronald Taylor at the Grey Nuns Hospital Edmonton, AB on January 23, 2022 at the age of 71 after a very short fight with cancer.

A Celebration of Life in memory of Barry will be conducted from Loon Lake Rec Centre, Loon Lake, Saskatchewan on Saturday June 25, 2022 at 2:00 PM. If you are attending please RSVP by emailing Gail at taylorbarry518@gmail.com . If you are unable to attend in person, you may view the live streaming of the service which will be posted on McCaw Funeral Service website under Barry's obituary at the time of the service.

Barry was born in Lloydminster on June 22, 1950. In his younger years they lived in various places, but he always came back to Lloydminster to visit Grandma Taylor & his aunt & uncle Rosemary & Howard Sturge & family.  He loved spending time on the Tingley farm.

In January 1971 he married Michelle Davies, though that union did not last, they were blessed with 2 children – Heather & Barry.

In Sept 1980 – Barry married the love of his life Gail Nerbas.  They started building their life in Lloydminster.  Barry became a self-employed welder. In 1988 Barry decided that he wanted to try his hand at farming, so they bought a farm at Waseca, Sk.  Barry loved farming – the smell of the overturned soil, watching the crop growing, the wide open spaces & the freedom of being his own boss. They had the big yard that they could decorate every Christmas.

In 2000 they bought the cabin at Loon Lake- best thing they ever did. In 2003 they sold the farm & moved back to Lloydminster.

In 2018 Barry retired to the cabin at Loon Lake. They have lived full time at the lake since March 2020.

Barry loved spending time with his children & he loved being a Grandpa. He was so looking forward to being a Great Grandpa to a little girl in April 2022.

Barry valued all the great friendships he made over the years he would do anything for his friends.

Barry lived life to the fullest, though he had so many things left to do, but his dreams were cut short.  They went to Edmonton for Christmas & Barry never got to go home again.  On Dec 31, 2021 he was diagnosed with Stage 4 cancer & on Jan 7 he was transferred to Palliative Care.

Share Your Memory of
Barry
Upload Your Memory View All Memories
Be the first to upload a memory!
Share A Memory
Plant a Tree