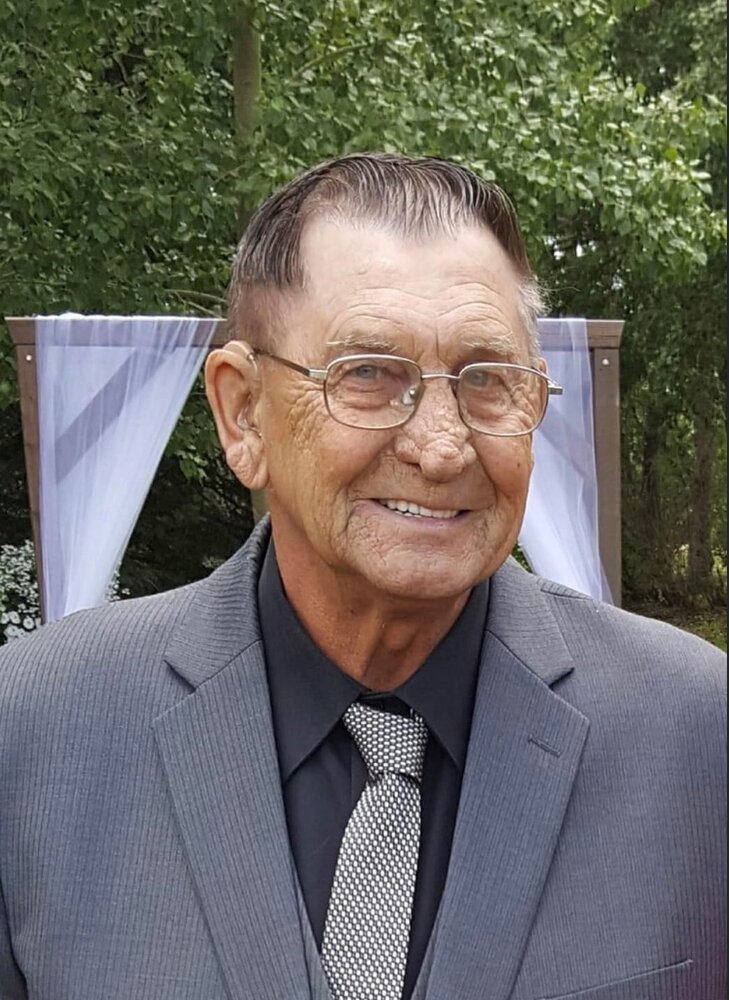 Please share a memory of Edward to include in a keepsake book for family and friends.
View Tribute Book

Edward “Ed” Hilsendager passed away at the Lloydminster Hospital on Monday, February 7th, 2022 at the age of 79 years.  He leaves to cherish his memory his wife, Marianne, as well as his four children, Trevor (Pamela), Cindy (James), Wyone (Mark) and Donna.  His memory will also be cherished by his nine grandkids, seventeen great grandkids, numerous nieces, nephews and friends.  Ed’s grandkids and great grandkids lit up his heart just by walking in the room.  They could always count on a treat or a $20 bill being slipped to them before they left.

Ed is survived by his brother, Jerry (Lil) as well as his three sisters, Emma (Ray), Loretta and Florence (Dewell). He was predeceased by his parents, Frank and Gertrude Hilsendager; his sister, Irene Uzelman and his three brothers, Bob, Luke and Leo.

Ed was born in Revenue, Saskatchewan, on July 20, 1942.  He was the second youngest of nine siblings.  Ed worked for the rigs, the Town of Wilkie and CP Rail but his passion for trucking kept calling him.  Ed met his wife, Marianne, in 1968, when he crashed her graduation party; it was love at first sight.  They moved to Lloydminster where their son was born.

While in Lloydminster, Ed spent many years working for trucking companies until he purchased his own gravel truck.  It was an easy decision for him to name his company after his two granddaughters, CJ & J Trucking.  People knew and loved Ed for his willingness to help anyone in need.  Ed enjoyed retirement but spoke often of his desire to go trucking again.  He spent his retirement surrounded by the people he loved the most.  He will be missed dearly as they truly broke the mold when God made him.

In lieu of flowers, donations in memory of Ed may be made to Furbabies Furever Homes Society.

Ed's memorial card can be viewed or downloaded from the link below.