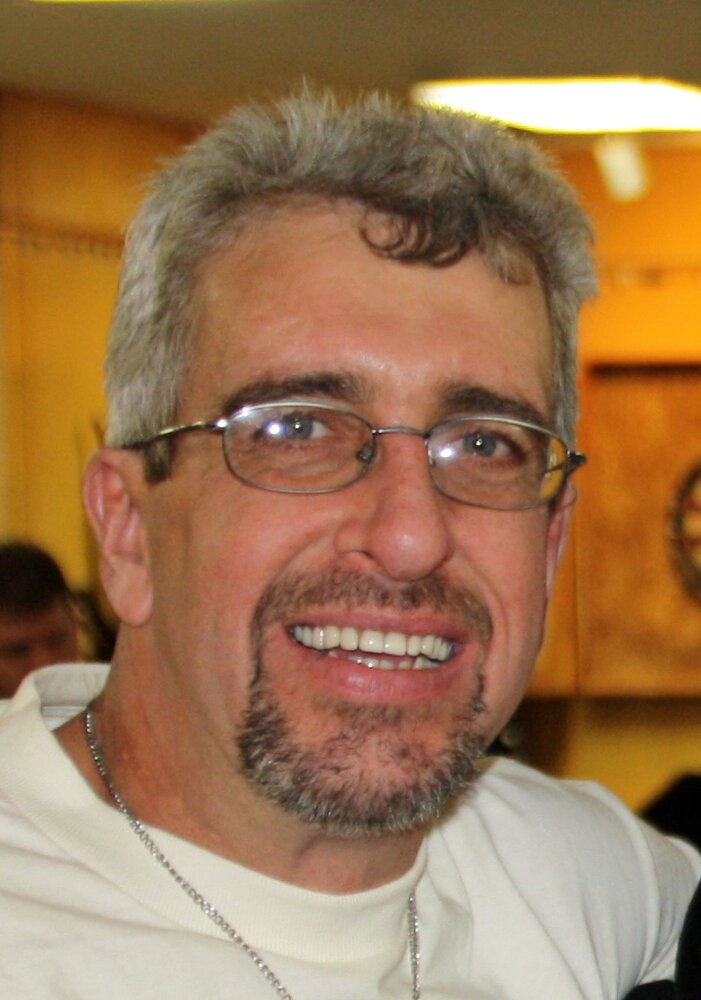 Please share a memory of Rob to include in a keepsake book for family and friends.
View Tribute Book

It is with extreme sadness that we announce the passing of John Robert Perry in Lloydminster, Alberta on February 8, 2022, at the age of 53 years, with his partner Sheila by his side. Rob was originally from Catalone, Nove Scotia and he was a bright spark in this world and will be sadly missed by many.

From a very young age, Rob traveled back and forth to Halifax for psoriasis treatment, and eventually ended up living with his Aunt/Uncle, Thelma & Ted Baillie to continue treatment. It was there, following in Ted's footsteps that Rob found a passion for carpentry. Rob was an amazing carpenter, who could build anything to perfection. Throughout his career he worked for various construction companies, and the last company to gain from Rob's remarkable skill was Rosswill Homes, Alberta.

Rob was an avid guitar player, always the life of the party and would do anything for a laugh. He was always comfortable with a pencil behind his ear and a guitar pick in his hand.

Rob is survived by: his partner, Sheila Lacerte (Lloydminster) and was loved by Sheila's family, especially Rob's little buddy, Wylder. Rob is also survived by: the pride of his life, his boys, Rylan and Robert Perry (Louisbourg, NS); his sister, Rose Steylen; brother in law, Rene; niece, Holly; nephew, Adam; as well as many aunts, uncles, cousins and friends. Anyone that truly knew him, knew he had such a big heart. He touched the hearts of so many.

Cremation has taken place under the direction of McCaw Funeral Service in Lloydminster, Alberta and Rob will be brought home to Cape Breton to be laid to rest.

Due to a close family member contacting Covid, we've had to postpone the service. The Committal Service will take now place Wednesday, February 23, 2022 at 2:00 PM at Stella Maris Cemetery in Louisbourg, Nova Scotia with a reception to follow at the Louisbourg Firehall.  Please spread the word of the date change.

In lieu of flowers, donations can be made to Canadian Psoriasis Network.

Share Your Memory of
Rob
Upload Your Memory View All Memories
Be the first to upload a memory!
Share A Memory
Plant a Tree