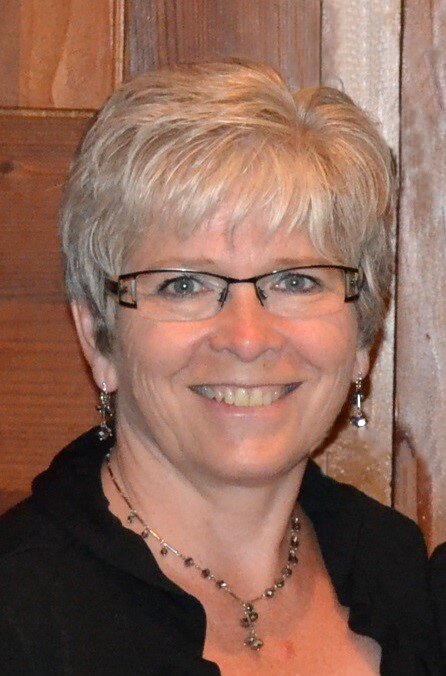 Please share a memory of Kari to include in a keepsake book for family and friends.
View Tribute Book

Kari was born in Lloydminster to Arthur “Tuck” and Hazel Reid, November 4th, 1959, being called her “mom’s ulcer”. She began her journey of life on the family farm near Rivercourse, later moving to Lloydminster in 1972 after her fathers’ passing.   She graduated from Lloydminster High School in 1976 and began playing guitar at age 8, starting a lifelong passion for music.

While living in Turtleford, married to Alfred Ducharme, Kari’s first child Gordon was born in 1983. She later moved to Paradise Valley and in 1990 met the love of her life, Charlie Mauws, whom she married in June 1994. Charlie and Kari had a daughter, Dorothy Nicole, who was born in 1995.

Kari excelled at playing guitar and bass guitar, and her exceptional singing was enjoyed by many through the Prairie Wind band, and performances at numerous long term care facilities, and around campfires.  She was an avid fan of country music and when she wasn’t playing, she was listening to albums, dancing at events, attending music festivals, or watching the Grand Ole Opry.

Music and family were Karis’ biggest passions, but certainly not the only ones.  She also loved bowling and curling where she built bonds with many friends.  Kari also loved giving her time to various organizations such as the Paradise Valley Ag Society, and the Figure Skating Clubs of Lloydminster and Sherwood Park.  Her involvement in the community through these roles was one of her greatest accomplishments and they rewarded her with strong relationships that lasted a lifetime.

Kari also had a passion for being on the Mauws family farm where she and Charlie built their amazing life together.  She loved planting flowers and tending to the yard, holding holiday suppers in their home and helping out any way she could come seeding and harvest time.

Kari is predeceased by: her parents, sister Lois; brothers-in-law, Neil and Butch; and mother-in-law, Dorothy.

A Celebration of Kari’s Life will be held at the Paradise Valley E.H. Walter School, Paradise Valley, Alberta on Saturday, June 11, 2022 at 2:00 PM. Everyone is welcome to join the family after the service for supper and dancing.

Donations in memory of Kari may be made to Alberta Cross Cancer Foundation, Paradise Valley & Districts Ag Society or Vermilion Homecare.

Share Your Memory of
Kari
Upload Your Memory View All Memories
Be the first to upload a memory!
Share A Memory
Plant a Tree