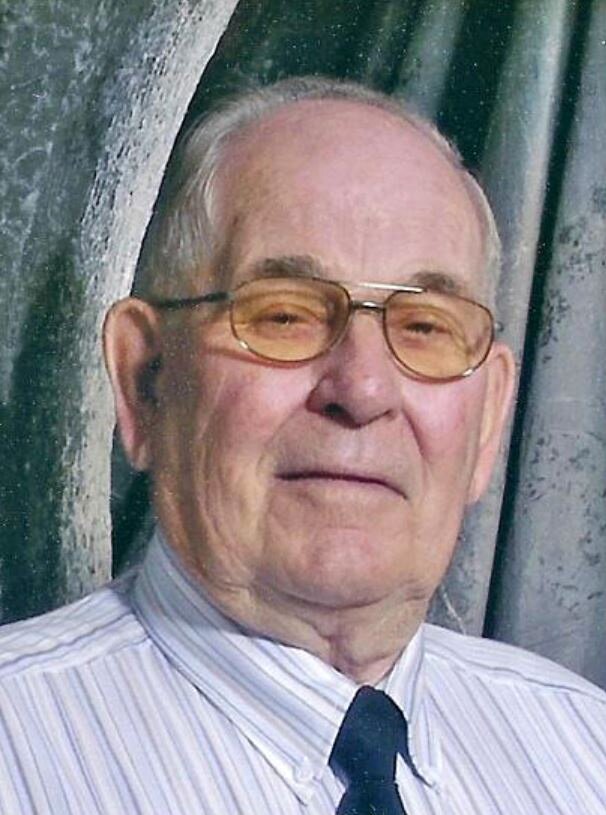 Please share a memory of Morley to include in a keepsake book for family and friends.
View Tribute Book

It is with heavy hearts that the family of, Morley Allan Jacobs announce his passing at Lloydminster Hospital, Lloydminster, Saskatchewan, March 17, 2022 at the age of 89 years.

Morley was born in Lloydminster, SK to Jack and Lila Jacobs of Rivercourse, AB on August 17, 1932. At an early age he moved to southern Saskatchewan where he met and married his wife, Jean and together they raised one son, Doug. Morley pursued a career in the oil patch and eventually they retired in Weyburn, SK.

Morley was a loving husband, father, grandfather, and great grandfather. We will forever miss his sense of humour, his compassionate heart, and his infectious smile. Love you, miss you, rest in peace in the arms of your Lord, big brother, and uncle.

Morley will be interned in Weyburn, Saskatchewan, alongside his wife, Jean, under the care of RD Family Chapel and Crematorium.

Card of Thanks ~ The Jacobs family would like to thank Morley's special friend, Kathleen for her support and loving care to Morley. Also thank you to the doctors and staff at the Lloydminster Hospital for their care of Morley during his short stay there.

Share Your Memory of
Morley
Upload Your Memory View All Memories
Be the first to upload a memory!
Share A Memory
Plant a Tree