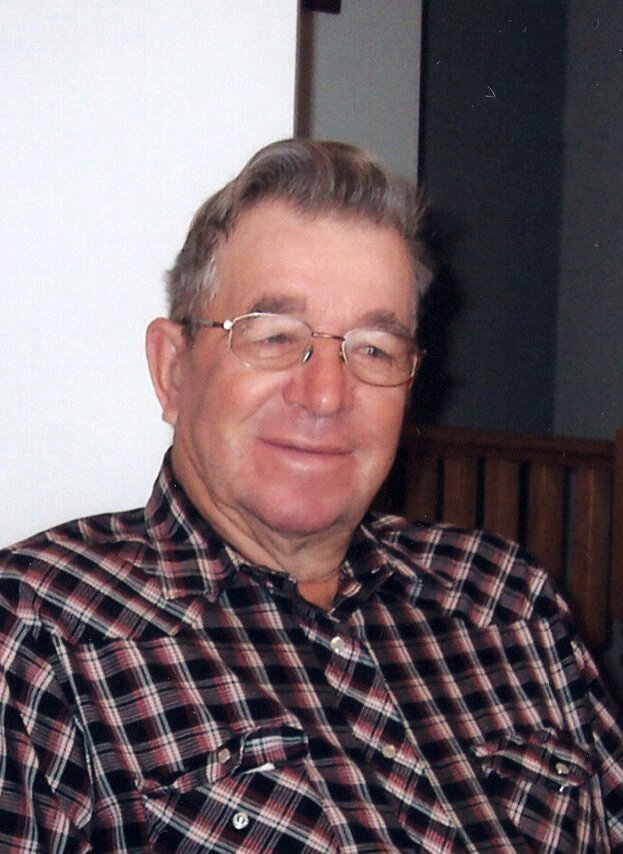 All it takes is One Song to bring back a thousand memories. His Life and Songs will always be engraved in our hearts.

Sighart Schimelfenig passed away at Lloydminster Hospital, Lloydminster, Saskatchewan, April 7, 2022 two days before his 95th birthday, surrounded by his family.

Sig was born in Tanofka Pulin , Russia on April 9, 1927. He was the fifth child of Fredrick and Martha Schimelfenig and immigrated with his family to Canada in 1928. Sig went to school in Waseca, SK and worked on the farm later to take it over. He cleared and broke the land. He was a fixer, a farmer and loved the land.

Sig met his wife Ada Ellis at a dance and the rest was history.  They were married on March 4, 1953 and 5 years later had five wonderful kids who worked together on the farm. To Sig his family was very important. He had a gift and passion for playing music and he shared his love of music with his children, grandchildren and his community. He played in a brass band as well as the Waseca band for many years. He was also an active member of the Waseca community, donating his time and talents.

Sig was a kind man and willing to help his family, friends and strangers. Sig and Ada spent many winters in Arizona where they met many wonderful life long friends, and he enjoyed shuffling hiking and golfing. They moved to Horizon Village in Lloydminster in 1996 and lived there for 20 years, which then they moved to Hemstock Assisted Living. Sig enjoyed music, fishing, playing cards, reading western books and spending lots of time with the family.

The Funeral Service for Sig will be conducted from Grace United Church, Lloydminster, Alberta on Monday, April 18, 2022 at 11:00 AM. The service will be live streamed and posted on the McCaw Funeral Service website under Sig's obituary at the time of service.

Donations in memory of Sig may be made to United Church of Canada, Alzheimer's Society or donor's charity of choice.

Sig's funeral card can be viewed or downloaded from the link below.

Share Your Memory of
Sig
Upload Your Memory View All Memories
Be the first to upload a memory!
Share A Memory
Plant a Tree