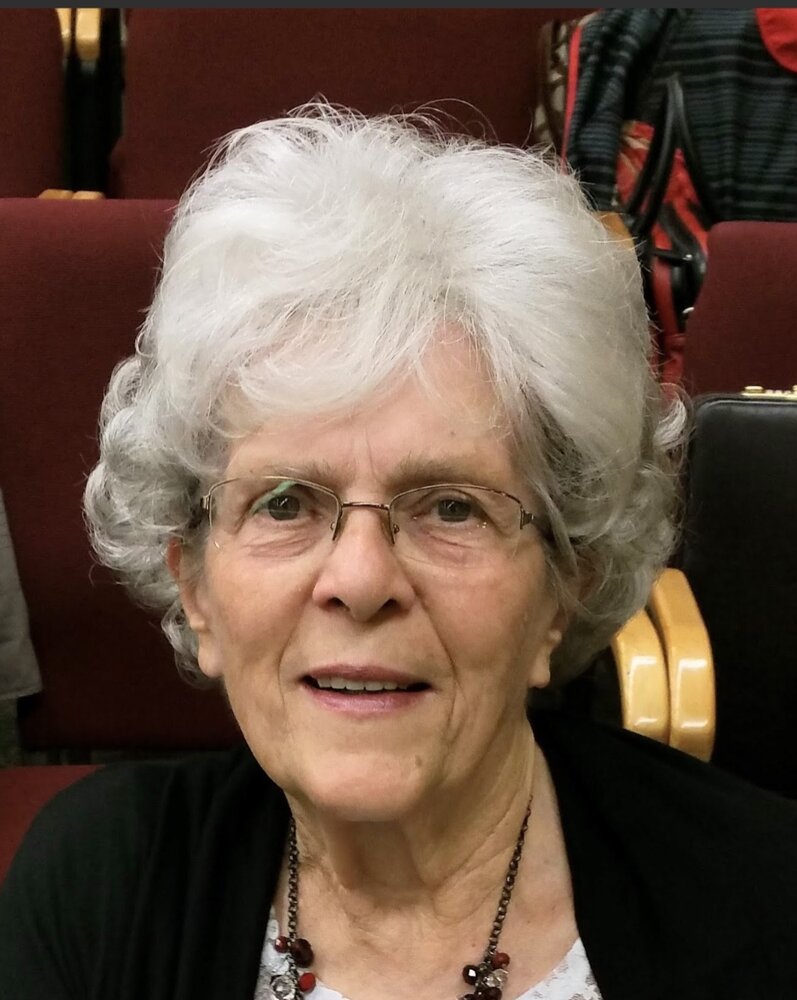 Beatrice "Bea" Gale passed away at Lloydminster Hospital, Lloydminster, Saskatchewan on Saturday, April 2, 2022 at the age of 86 years.

Bea was born in Nakusp BC, August 7, 1935. Her family moved to many towns in BC, such as; Glacier, Edgewood, Sheep Creek, Ymir and even Winnipeg for a short time. When she left home, she joined the Air Force where she met her husband, John. Music played a large part in her life. She taught herself the guitar at 14, then later the piano. She always loved to sing and had the privilege to sing for several years in choirs.  Even though she was labelled eccentric at times, and definitely a tomboy, Bea loved nature; picking Huckleberries, fishing, and thought nothing of jumping in after a fish when it fell off her safety pin hook, or someone else's.  She was always willing to help and extremely inventive, whether it was suggesting a herbal concoction for your ailment, helping with repairs on your car or becoming a carpenter when needed. As Bea grew, her greatest love became learning about her God, Jehovah, and was known for faithfully sharing Bible truth at every opportunity, even right up to days before she died.  Along with her husband John, she raised 7 children, all who are serving Jehovah today, along with most of her grandchildren.  Her greatest hope and soon to be a reality is the earthly resurrection when Bea and all her family, and friends will be reunited again.

“There is a time of sorrow for us, but also a time of thankfulness. There are many things we can strive for, but the only real, lasting accomplishment there is for us, is to develop a good relationship with our Creator, Jehovah.”       Bea (Mum)

Bea was predeceased by: her husbands, John Raymond Davis, Walter Oswell and Dan Gale; her grandson, Brendan Davis,(Son of Steve and Candy Davis); and her parents, Arthur Edwards and Helen McLuhan (Edwards).

Donations in memory of Bea may be made to the Watchtower Bible and Tract Society at JW.ORG (https://donate.jw.org/ui/E/donate-home.html#/donate).

Share Your Memory of
Bea
Upload Your Memory View All Memories
Be the first to upload a memory!
Share A Memory
Plant a Tree