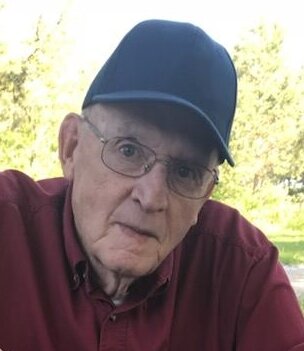 Please share a memory of Lorne to include in a keepsake book for family and friends.
View Tribute Book

It is with great sadness that the family of Lorne Kitteringham wish to announce his passing in Lacombe, Alberta on April 8, 2022 at the age of 82 years.

Lorne was born in Winnipeg on June 21, 1939 to William and Louise Kitteringham, the eldest of eleven children.  At a young age, his family moved to Lloydminster. He attended a one room school in the rural district of Greenwood, Saskatchewan for his early years and then attended high school in Clandonald, Alberta.  Lloydminster was also where Lorne met Irene.   The couple were married on December 15, 1958 in St. Walburg, Saskatchewan.

Lorne worked at Steeg Brothers in Lloydminster from 1958 to 1963 and at Big J Esso from 1963 to 1977.  In June 1967, Lorne had attained his motor mechanics certificate from NAIT. He also worked for a buried telephone cable company in southern Alberta and Merrit Auto Electric in Lloydminster as a mechanic.

In the early 1970s, Lorne and Irene purchased an acreage just north of Lloydminster.  Lorne owned and operated a successful auto repair business from the acreage for over 30 years. He ran a small family farm at the acreage while raising six children.  He often assisted his uncles, cousins, and neighbours during harvest season.  An outstanding achievement for Lorne was installing the overhead telephone line from the 6 Mile to the acreage, otherwise they would have been without a telephone for months, if not years, until the province was able to install it.  He bought a brand new snowmobile in 1970 and spent hours towing his children around the acreage during winter months, which he and the kids really enjoyed.

Lorne enjoyed hunting, fishing, camping, and travelling across North America with his family in their motorhome. A highlight of Lorne and Irene’s travels was their trip to Alaska with Pat and Wanda.

In 2009 they sold the farm and moved to Lacombe, Alberta, to be closer to family.  While there they spent much time visiting with their children, grandchildren and great grandchildren.  Three years after Irene’s passing, Lorne moved in with Maria for company and support, where he lived comfortably right up until the end of his life.

The reception will be held at St. Anthony’s Roman Catholic Church, Lloydminster, AB at 12:00 PM.

In lieu of flowers, donations in memory of Lorne can be made to Heart and Stroke Foundation.

Lorne's memorial card can be viewed or downloaded from the link below.

Share Your Memory of
Lorne
Upload Your Memory View All Memories
Be the first to upload a memory!
Share A Memory
Plant a Tree