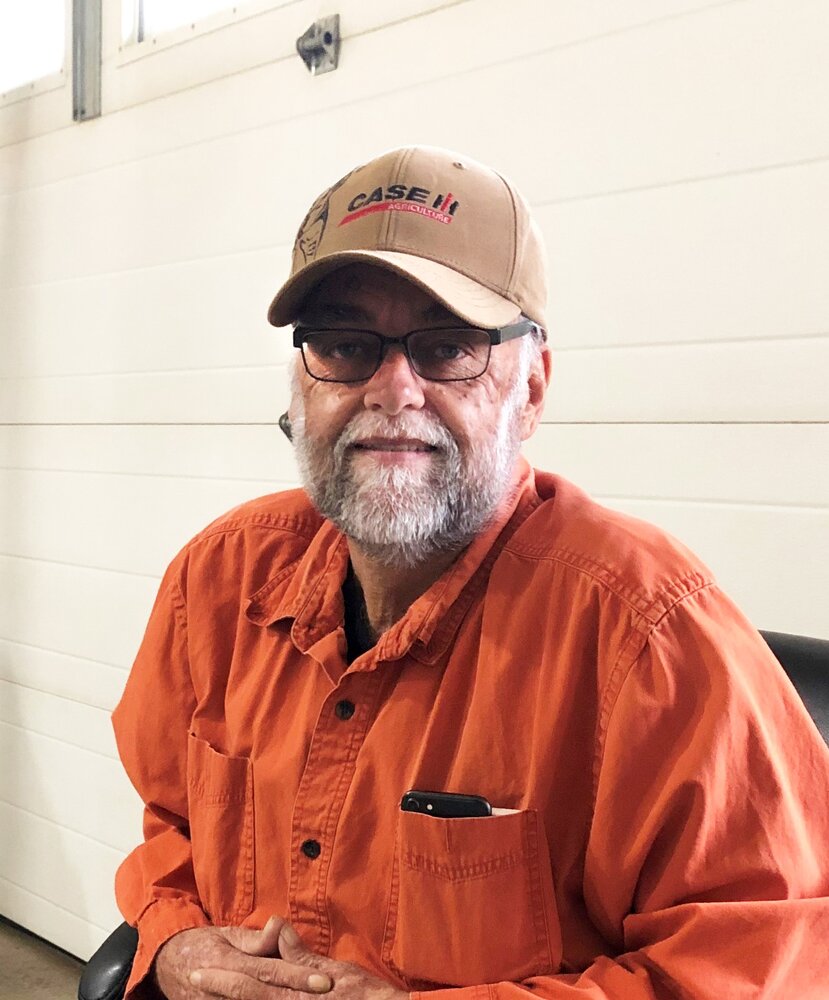 It is with great sadness that we announce the passing of Roger John Thomas Chrisp, who was a beloved husband, stepdad, grandpa, great grandpa, brother, brother-in-law, uncle, and friend. Roger passed away peacefully at the Cross Cancer Institute, Edmonton, Alberta in the early evening of April 13, 2022 at the age of 57 years, with his wife Patty and step child, Jamie by his side.

Roger was born on February 16, 1965 in Selkirk MB and grew up in Clandeboye, MB. He shared many stories about growing up on the farm in Clandeboye and he told me how he loved working along side his dad, doing chores with his siblings, and the great meals his mom always made. It was hard work but so worth every moment.

His love for farming made him the man he was. Hard working, loving, caring, honest and fair were just a few of his many traits that I loved about him, and his sense of humour was one of my favourites. He had a gift to make me smile or laugh at least once a day and he will be remembered by his witty comments, which made people laugh.

His ability with math and numbers was baffling to me as it came so easy to him. We were blessed to have him in our lives, and he made our home complete.

Roger received a kidney transplant on May 23, 1994 which changed his career path a few years later. Farming as he loved was no longer an option.

We met in 1999 and were married October 7, 2000 in Winnipeg MB. Roger went back to college and took some business courses and completed with honours. He got a job in Camrose, AB in 2001 selling farm equipment for Case IH. Roger had found his calling and he was there for six months, then in March of 2001 he got job offer to work in Lloydminster, where we have called home ever since. Roger worked for Redhead Equipment selling agricultural equipment for many years and the last few years went to a manager position for agricultural sales. He retired in June of 2019.

Roger loved his job and was good at it. he made so many good friends along the way which included customers and co-workers. Once he retired, the local coffee shop was a great start to his day, visiting and talking to the farmers, friends and neighbours about the crops and farming in general. He would then come home to do whatever he felt like doing that day. He said it was great to have the option working around the yard, spending time together with our dogs and our family and friends.

Rest In Peace My Love

As per Roger’s wishes, a cremation has taken place and a celebration of life will be held at a later date when we can all be together.

Donations in memory of Roger may be made to Canadian Transplant Association.

Card of Thanks ~ The Chrisp family would like to thank all the doctors and nurses at the Cross Cancer Institute for the care, compassion and support.

Share Your Memory of
Roger
Upload Your Memory View All Memories
Be the first to upload a memory!
Share A Memory
Plant a Tree