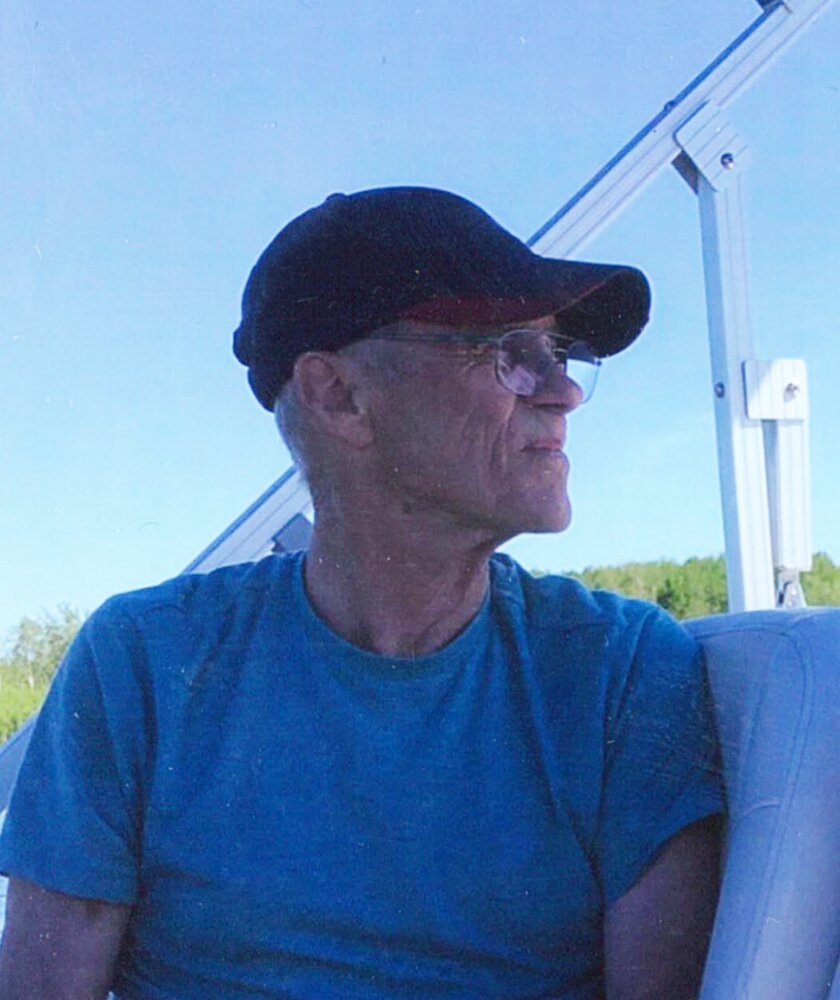 It is with great sadness the family of Ernest Nolter announce his passing on April 19, 2022 at the age of 72 years, in Lloydminster, Alberta.

Ernie was born August 16, 1949 in Saint John, New Brunswick.  He grew up with his older sister Valerie and younger sister Sonja.  Those three were always getting into mischief and of course Ernie being the only boy took most of the blame. Ernie graduated from Simmons High school at 18 and immediately joined the navy.  After returning home from serving his county, he took a job at the local Canadian Tire. A couple years later he got on with Kingshurst Dairies delivering dairy products to local families and businesses. He met and married his first wife, Heather Damon in 1969 and very soon afterwards, gave birth to Tracey and then a couple years later they had a son, Sean.  Ernie took his little family and came out west in 1979 and got on with the Husky refinery here in Lloydminster.

In 1987 he met Wanda and married her in 1989. They enjoyed fishing, playing darts and drinking at the local legion. It was once joked between Ernie, Wanda, and their very close friends, Carol, Wayne, Don and Sherry; they had drank enough to pretty well pay for half of the building. Ernie’s friends remember him as the calm, laid back quiet guy with the best one liners. Ernie was able to strike up a conversation with anyone. The couple had their first son, Michael in 1992 closy followed by Megan in 1993 and finally Christopher in 1994.  He loved all five of his kids and of course his four grandkids.

Ernie had struggled with medical issues in his younger years.  Surviving two heart attacks and eventually developing COPD, he wished for retirement to come but just could not just sit around. He worked right up to the last six months of his life as building maintenance for his good friend Liz (Mac’s Realty). Semi retirement really suited him well. It gave him time for his true love which was spending time at the lake with his family; fishing, quadding and just hanging out at the fire pit.

Ernie’s passing was very sudden and unexpected.  He will be missed by so many who loved him dearly. I am truly grateful for the 32 years of marriage and our three wonderful kids. We Love You Ernie! Love Wanda, Sonja, Mike, Megan, Chris, Tracey, Sean, Charlene, Christopher (Scribbans), Heather, Heidi, Devon, Jaden and baby Nora Rae. Ernie has multiple nieces, nephews, in-laws and extended family who were also close to his heart! Too many to name but very special all the same.

A Public Viewing for Ernie will be conducted from McCaw Funeral Chapel, Lloydminster, Alberta on Friday, April 22, 2022 at 7:00 PM.

The family would like to thank the staff at the Lloydminster Hospital; Points West Assisted Living Facility; Dr. Kerlis, his family physician, and McCaw Funeral Home for taking good care of Ernie and his family.

In Lieu of flowers, donations in memory of Ernie may be made to Heart and Stroke Foundation.

Ernie's memorial card can be viewed or downloaded from the link below.

Share Your Memory of
Ernie
Upload Your Memory View All Memories
Be the first to upload a memory!
Share A Memory
Plant a Tree