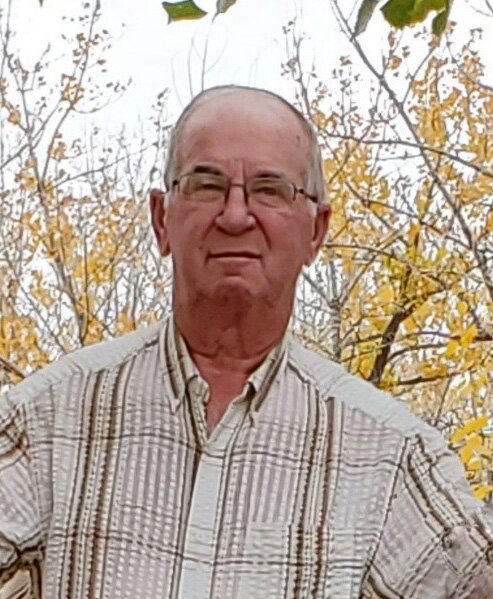 Please share a memory of Edward to include in a keepsake book for family and friends.
View Tribute Book

Edward Donald Pashniak (Paka) passed away at peacefully in Medicine Hat, Alberta, June 1, 2022 at the age of 78 years after a year and half long battle with cancer. He was a fighter right to the end.

Ed was born on May 1, 1944, in Vegreville, Alberta to Harry and Elena Pashniak. He was the eldest of ten children and grew up on the family farm in Marwayne, Alberta. Young Ed tried various jobs but found his passion for truck driving at Nelson Lumber and worked there for over 33 years. He married Georgina Leighton on November 2, 1968 in Lloydminster and soon after started growing their family; first by two daughters and finally a son. They lived in Lloydminster for 52 years and in March of 2020, they moved to Medicine Hat to enjoy the sun and a warmer climate.

Ed was a hard working man. When any work that needed to be done was completed, Ed was right back out there finding things to do to keep himself busy. He took great pride in his garden and would harvest many fruits and vegetables to can and freeze. He was particularly proud of his strawberry and raspberry patches, which received most of his love and attention.

When he wasn’t working or gardening, you could find Ed on the diamond or in the rink. He enjoyed fastball, whether playing, watching his kids play or umpiring. At the rink, watching his son play hockey and he himself traveling to curling bonspiels and even participating in senior curling.  A fan off the ice as well, he thoroughly enjoyed watching all the curling on TV (Gushue and Koe being his favourites).

Ed could play almost any instrument by ear and had a love for music. Not one to shy away from the dance floor, there were many weddings/social dances where he was the last one on the floor and was an enviable partner. Sunday night Ukrainian hour was a must in the house!

Lake life holds a special place in all of our lives-especially mom and dad. Dad particularly loved being on the water and fishing anytime of the year.  He taught many of us how to fish. Numerous August long weekends, Ed had a target on his back trying to be dethroned at the annual Bluebird Beach horseshoe tournament. He threw a mean horseshoe and won multiple years. Many of our cherished memories were made at the lake!

Even after he retired, Ed couldn’t sit still or give up his love for truck-driving; he drove school buses and grain trucks and later on worked various jobs that let him do what he loved. It was a sad day for all of us when he had to give that up.

His next joy in life were his grandkids; he would travel the western provinces watching hockey, ringette, fastball, and musical theater. Spending time with his grandkids, no matter what they were doing, brought a special joy to him.

Ed would also travel following the chuckwagon races around central Alberta, fascinated with the sport (Bensmiller was his fave). The Calgary Stampede was an annual TV watch-fest to cheer on the best of the best.

A long-standing NHL and Oilers fan (to the dismay of some grandchildren and joy to others) he rarely missed watching any hockey game. Go Oilers Go!

Ed may not have traveled much out of the country, but anytime he was asked, he was quick to mention the 2015 trip to Cuba with his family. He found his thirst for Fanta in Cuba. He loved that trip!

Our hearts are breaking now but all his love and memories will fill that void shortly and he will forever live on.

Please come and join us in Celebrating the Life of our beloved husband, dad and grandpa on Wednesday, June 8, 2022 at 2:00 PM at McCaw Funeral Chapel, Lloydminster, Alberta. The service will be live streamed and posted on McCaw Funeral Service website under Ed's obituary at the time of service.

Those who wish to donate in memory of Ed may do so to Marwayne Cemetery Fund, Lloydminster Rescue Squad or Kidsport.

Ed's memorial card can be viewed or downloaded from the link below.