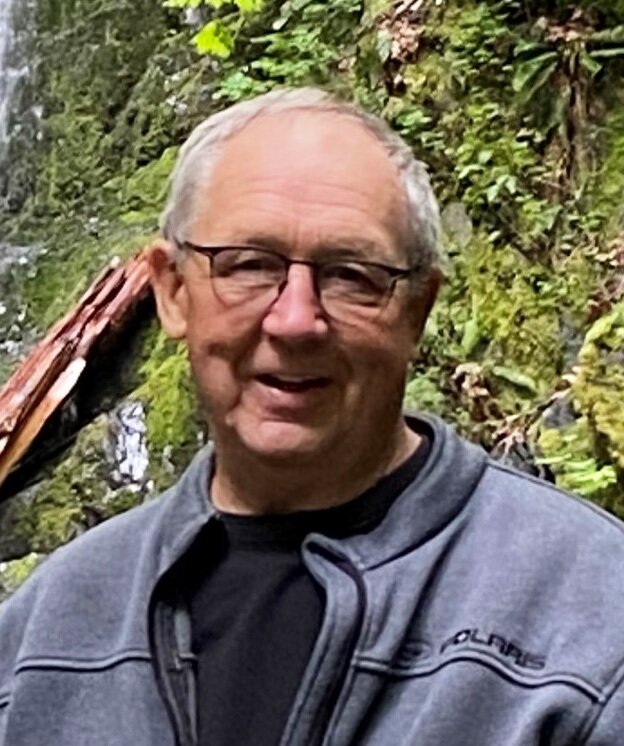 It is with deep sadness and a lot of fond memories we announce the passing of Ron Christie on June 26, 2022.

Like a cowboy sunset, Ron’s life was full of color.  The son of Ross and Evelyn Christie he was raised near Marshall, SK. with his brothers Norval, Daryl and George.  With their fathers early passing they grew up in the school of hard knocks.  Most people can not believe what happened in the first half of his life but there are courthouse records on file that can corroborate some of these claims.  His first success coming in the form of being in Grade 10 long enough he could teach it.  With his wry smile and a twinkle in his eye he seemed to navigate many mischievous shenanigans.

Following this he started his life in the oil field with Bannister pipeline.  Gaining notoriety and a bunch of lifelong friends.  It was in Dryden, Ontario that Ron hoodwinked his first wife Donna (Hutchison) into marriage.  After a time, they decided to take a break for 40 years while Ron moved back to Lloydminster and started BMW Monarch.  It was here he continued a vibrant life with his then wife Colleen (Hilts).  As vigorous members of the Marshall lions club they continued to create a legacy of friendships and stories while supporting their community.  It was in the Big Gully they grew their family with Rory, Kimble and Dana.  “Wasn’t that a party” is a perfect segue for the many late nights with family and friends as everyone recollects the jokes, near misses and warm hospitality.  After Colleen’s passing Ron expanded his influence with many reveries near and far with friends and his new again partner Donna.

Family and friendship were paramount in Ron’s Life.  When asked, ”Why don’t you see the world?”, he would look quizzically and say, “Why would I go anywhere else? – everything I like is here!  Friends, family, hunting and fishing and of course both types of music; country and western.”  However, he did see the world and this culminated in a magnificent family memory of his safari in Africa.

Wherever he was it was family and friends that were most important from the trips for ice cream to the Deep Cove market to cruises in China, Europe and New Zealand, Ron surrounded himself with family and friends.  Ron is survived by loving partner Donna Palmer; his children Rory, Kimble and Dana; their partners and children Harpreet, Alex, Frazer, Amaya, Tashia, Connor, Lauren, Dave Hall, Ruby; and Donna’s son Jay Palmer.

Even in passing his life resonated through many others; as the ICU cheered to the cessation of snoring!

For donations, what would make Ron happiest is for you to buy a cup of coffee with a laugh and bullsh*t about hunting, fishing or the weather.  If you are not dissuaded to waste your money, donations can be made in his honour to Ducks Unlimited Canada or the Lloydminster Lions Club.

A celebration of life will be held in his honour at the Christie homestead on Friday July 22 at 1:00 pm.  There will be drinks, food and many shared laughs, a typical evening with Ron!  RV parking will be available for those that wish to stay over but please RSVP by emailing, dana.christie@me.com ; however, in typical Ron fashion drop ins are always welcome!

Ron's memorial card can be viewed or downloaded from the link below.

Share Your Memory of
Ronald
Upload Your Memory View All Memories
Be the first to upload a memory!
Share A Memory
Plant a Tree