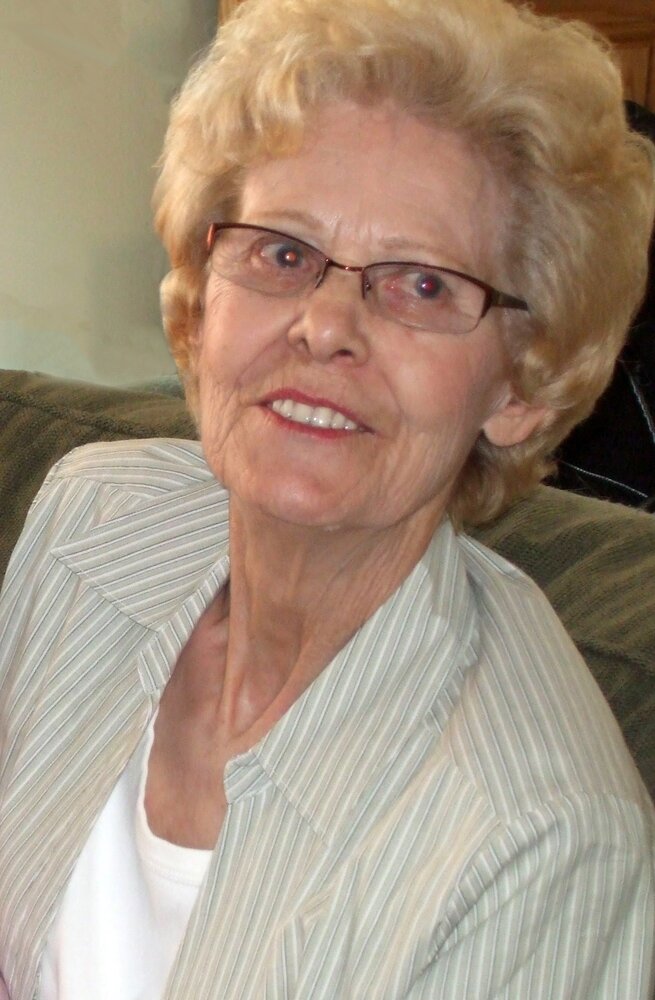 Please share a memory of Norma to include in a keepsake book for family and friends.
View Tribute Book

Norma was born to Hazel and Eric Flint in Lloydminster AB, on May 7th, 1941.  She attended elementary school in Cheviot Hills.  She talked often about how she rode her horse Jean to school with Larry behind her.  She finished elementary school in Paradise Valley, and middle school at the Kitscoty Dorm.  In her youth she found her love of sports and was very athletic throughout, playing basketball, track and field, curling and softball.  She attended Nursing school at the University of Alberta, where she met her future husband of 57 years, Delmer Kryvenchuk.  Norma returned to Lloydminster prior to engagement where she held several retail jobs that she fondly reminisced over and continued to curl and play softball with the Borderettes.

She was married to Delmer in Lloydminster’s St. Johns Anglican Church on June 25th 1965. They moved to Edmonton at that point and soon after started a family where she was a devoted wife and mother.   Norma was always a farm girl at heart and always had an immaculate yard with many flowers, which she won a prize for best yard in south Edmonton in 1980, and is a current nominee for Edmonton’s Front Yard in Bloom.  Throughout her life she was always very fond of country and western music and attended some concerts and jamborees’ of her favourites.  She would often be found dancing with the grandkids to Hank Williams.

A Graveside Service will be held at Lloydminster City Cemetery, Lloydminster, Saskatchewan on Tuesday, July 26, 2022 at 1:00 PM, followed by a social at the Legacy Center, Lloydminster, Alberta.

Donations can be made in her memory to Cross Cancer Institute in Edmonton or Pilgrims Hospice Society in Edmonton.

Norma's funeral card can be viewed or downloaded in the link below.

Share Your Memory of
Norma
Upload Your Memory View All Memories
Be the first to upload a memory!
Share A Memory
Plant a Tree