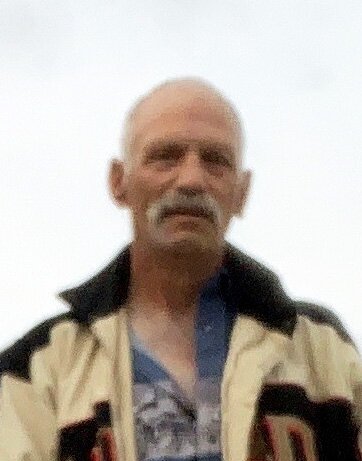 Please share a memory of Kerry to include in a keepsake book for family and friends.
View Tribute Book

Many people say it is about the dash between the two dates that define the person. Kerry lived his life to the fullest of his abilities, with a heart that accepted everyone but eventually failed him because it was tired.

From a very young age, Kerry was known to be the one to have adventures always following him. From the words of his Grandpa Missere, he was a real character.

Through the years Kerry was faced with health issues that impacted some of his food choices but this never stopped him from enjoying a Double Double from Tim Hortons.

Many of you may know that Kerry was a huge Elvis fan and wished one day to go to Graceland. His family always believed, that’s why he wore the long side burns many times throughout his life. ( I am sure he thought he was Elvis). One of Kerry’s Proudest Moments was bringing his little girl, Kristine, into this world and the honor of being called her father. Eventually Kerry was blessed with two grandsons which he loved so deeply.

Kerry managed to work in the oil industry into his late 30’s and then moved on to Border City RV where he worked with family until he retired due to health reasons. This didn’t stop him from being loyal to his family and still making trips out to Border City RV with his father to check things out weekly.

He had many hobbies growing up which included snowmobiling, water skiing, and dirt biking and very often left his mark of a scratch or dent in everything he drove.

As he moved into retirement, Kerry’s favorite pastime was going to Tim Hortons for coffee and visiting with friends. He knew everybody, and if he didn’t, he made sure to get to know you.

Kerry had such a huge heart and didn’t want to let anyone down. He was always the one to lend you a hand. He was very caring, determined, never complaining and took on his challenges head on.

We are very proud to call him our father, grandfather, son, brother & uncle.

The Memorial Service for Kerry will be conducted from McCaw Funeral Chapel, Lloydminster, Alberta on Monday, August 15, 2022 at 1:00 PM.

Donations in memory of Kerry may be made to Canadian Diabetes Association, The Olive Tree or donor's charity of choice.

The family would like to thank everyone that shared in Kerry's life. A special thank you for the Care he received from the Lloydminster Hospital and to all the dedicated staff members who were there for Kerry.

The memorial card for Kerry can be viewed or downloaded from the link below.

Share Your Memory of
Kerry
Upload Your Memory View All Memories
Be the first to upload a memory!
Share A Memory
Plant a Tree