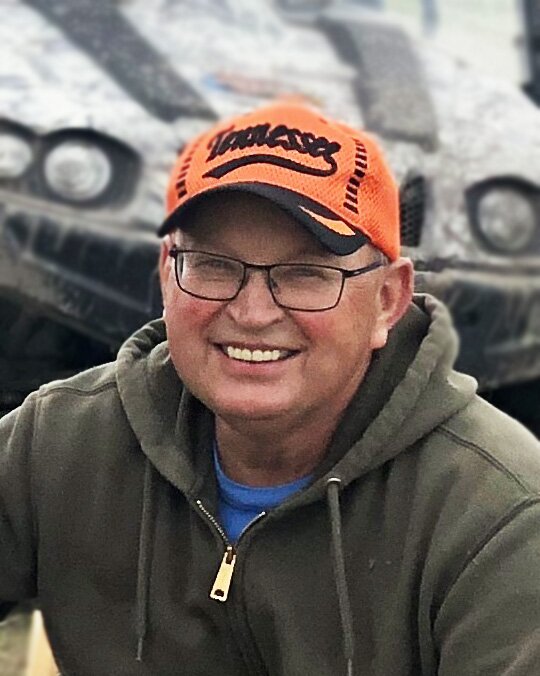 Please share a memory of Lee to include in a keepsake book for family and friends.
View Tribute Book

Lee Edward Taves of Turtleford, Saskatchewan passed away after his battle with ALS, in his home surrounded by his family, on August 15, 2022 at the age of 66 years.

Lee was born November 3, 1955 - one of the nastiest winters ever, lots and lots of snow and wind. Lee was the 2nd child of Bob and Netta, later followed by the 3rd and final boy. He lived on the old homestead (Bjorlin Quarter), north 1 ½ miles of the original Taves homestead. It was a two story house with a dirt basement. They had chickens, pigs, cows, tame pigeons and horses.

Lee later moved to his Grandpa Taves' homestead in 1960, the same year that Randy was born, the youngest of the three boys. It was across the river and two miles south. It meant he never had to navigate the river flats in the winter time.

Lee and his brothers played hockey, ball and rode horses and hunted in their spare time. Lee was jockeying at a very young age, travelling all around to race fast thoroughbreds. Quite often Lee made a few extra laps around the track at the end of the race as he was only 12, and too small to pull these big horses in once the race was completed and usually won by Lee.

Lee helped his dad farm while he was still home until about 19 and loved every minute of it. He never thought he would love anything more than the farm, but you should never say forever because things change. All it took was a drive to a movie in North Battleford. The movie was The Poseidon Adventure and as Lee says it, he sat next to Sheila McNinch on the way home and that was all she wrote.

Lee and Sheila dated for a couple of years and then got married in 1977. Sheila had a teaching job in Hillmond, so they moved to Lloydminster. When their first son Ryan was born in 1978 they moved around the Turtleford area for a few years until they moved out to their new site at the farm. Ryan was followed by Trevor, Kari and finally Kristi to complete their family.

After Lee got a job at the Turtleford hospital they were required to live in town, so they sold their trailer and bought a house in Turtleford, where he lived the remainder of his life. Lee always says this was the most difficult and stressful time of his life. He sold the cows on the farm after a few years and rented the land out. This really freed up some time for Lee to be able to do more family events.

Lee kept very busy working, playing Mervin Flyer ball and coaching his 4 kids in ball and hockey. Lee had a real passion for sports and his family. He gave everything to his family, always had an abundance of energy and enthusiasm and some good post game analysis after all of his children and grandkids sporting events. His kids remember him fondly for his expressions they heard often, when playing sports, “You have to look good to play good”, and when analyzing how to fix anything, “A guy could….” which his kids never understood why, because that “guy” was always him.

Lee was very well known for his smile, friendliness and willingness to help out neighbours.

Lee switched jobs, and after 18 years as maintenance at Turtleford hospital he moved to the School Division. He said this was a challenging job, but he enjoyed it very much and to make it even better, Trevor joined the school division as the new electrician, so he got to work alongside his son. Lee felt his job couldn’t have gotten better. He enjoyed it for his 15 years until he retired in 2020.

Lee really looked forward to his retirement. He had planned to help Trevor out on the farm, as well as travelling all over watching the grandkids play sports and enjoying fishing at his cabin at Turtle Lake. He had only just got started when he noticed a change in his health - loss of energy, and he felt weak. It took a while to diagnose, but in January of 2022 the diagnosis was confirmed. He had ALS. A very hard diagnosis to process as Lee and Sheila had so many plans for their retirement.

Lee spent the remainder of his life trying to take in as many sporting games as his health allowed, spending time with Sheila, the grandkids and his children that he cherished so deeply and trips to the farm to check out Trevor’s hay crops. Lee will be so deeply missed by all those that knew him.

The Memorial Service for Lee will be conducted from Turtleford Community Centre, Turtleford, Saskatchewan on Friday, August 19, 2022 at 2:00 PM.

Donations in memory of Lee may be made to Turtleford Minor Ball or Turtleford Hospital Auxiliary.

Lee's memorial card can be viewed or downloaded from the link below.

Share Your Memory of
Lee
Upload Your Memory View All Memories
Be the first to upload a memory!
Share A Memory
Plant a Tree