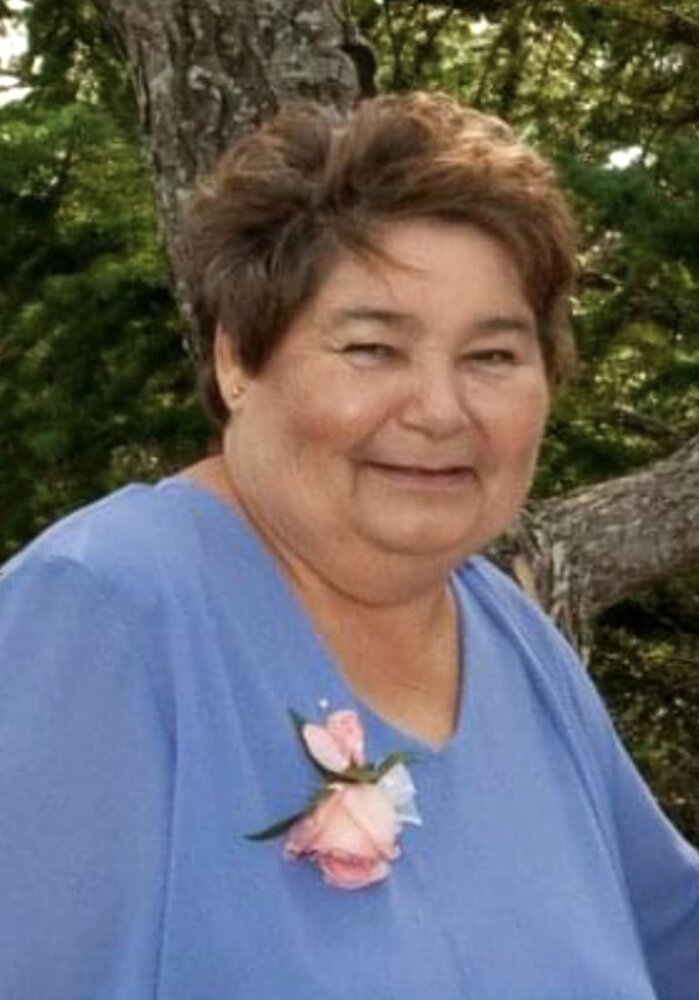 Please share a memory of Helen to include in a keepsake book for family and friends.
View Tribute Book

A person’s kindness ripples like water through everybody’s lives.

Her compassion and love will always be engraved in our hearts.

Helen Holubetz passed away in Edmonton, Alberta on August 22, 2022.

Helen was born in Prince Albert, SK on June 4, 1946 and was one of two children born to Bernadette and Bruce Dinney.

When Helen was 4 years old, they moved to Shell Lake and then at the age of 7, her family moved to Parkside, SK. From there her family moved to Prince Albert, SK, where she graduated high school. At 18 years old, Helen met and fell in love with her first husband, Cliff Shaw. They made their home in Davis, SK and started their family with the birth of Valerie, David, and Tracy.  After separating from Cliff, Helen and the kids moved to Prince Albert and lived there for a couple of years.  She then moved to Saskatoon to be with her mom and there she met George Fabian and had a loving daughter, Veronica.

Helen's best friend, Leona Evans, introduced her to her second husband, Orest Holubetz. They had daughter, Michelle and lived on the farm north of Aberdeen, SK until Orest passed away in 1998.  Helen then moved back to Prince Albert until she found her final home in Lloydminster, AB with her children.  Helen was known for her kindness and her love for her family.  She was proud of them all and kept them close to her heart.

Helen enjoyed sports, which included curling and baseball.  She cheered for the Blue Jays and was a dedicated fan.  Her favorite curling team was Kevin Koe.  She loved to play bingo and cards, which meant a mean game of Kaiser at all family functions.  A lot of her past time was enjoyed at the Casino where she would go with her cousins, Liz and Margaret and her Aunt Diana.

Every summer Helen would go berry picking to make pies and jams and sell them at the local farmers markets. She would pick saskatoon berries and choke cherries, but her favorite was blueberries.  She also enjoyed camping, fishing, and spending time at Turtlelake, SK with her children and grandchildren.

During her time in Saskatoon, Helen worked at multiple movie theatres where the kids remember getting free passes to see all the popular films. Helen played a huge role in the farming operation, during her time living on the farm with her garden being her pride and joy, which was always so big.  After retirement, Helen worked part time at various bingo halls in Prince Albert, SK, before moving to Lloydminster, AB, to spend her golden years with her grandchildren.

The Memorial Service for Helen will be conducted from McCaw Funeral Chapel, Lloydminster, Alberta on Monday, August 29, 2022 at 11:00 AM.

In lieu of flowers, charitable donations may be made to Kidney Foundation, Diabetes Association or MS Society.

Helen's memorial card can be viewed or downloaded from the link below.

Share Your Memory of
Helen
Upload Your Memory View All Memories
Be the first to upload a memory!
Share A Memory
Plant a Tree