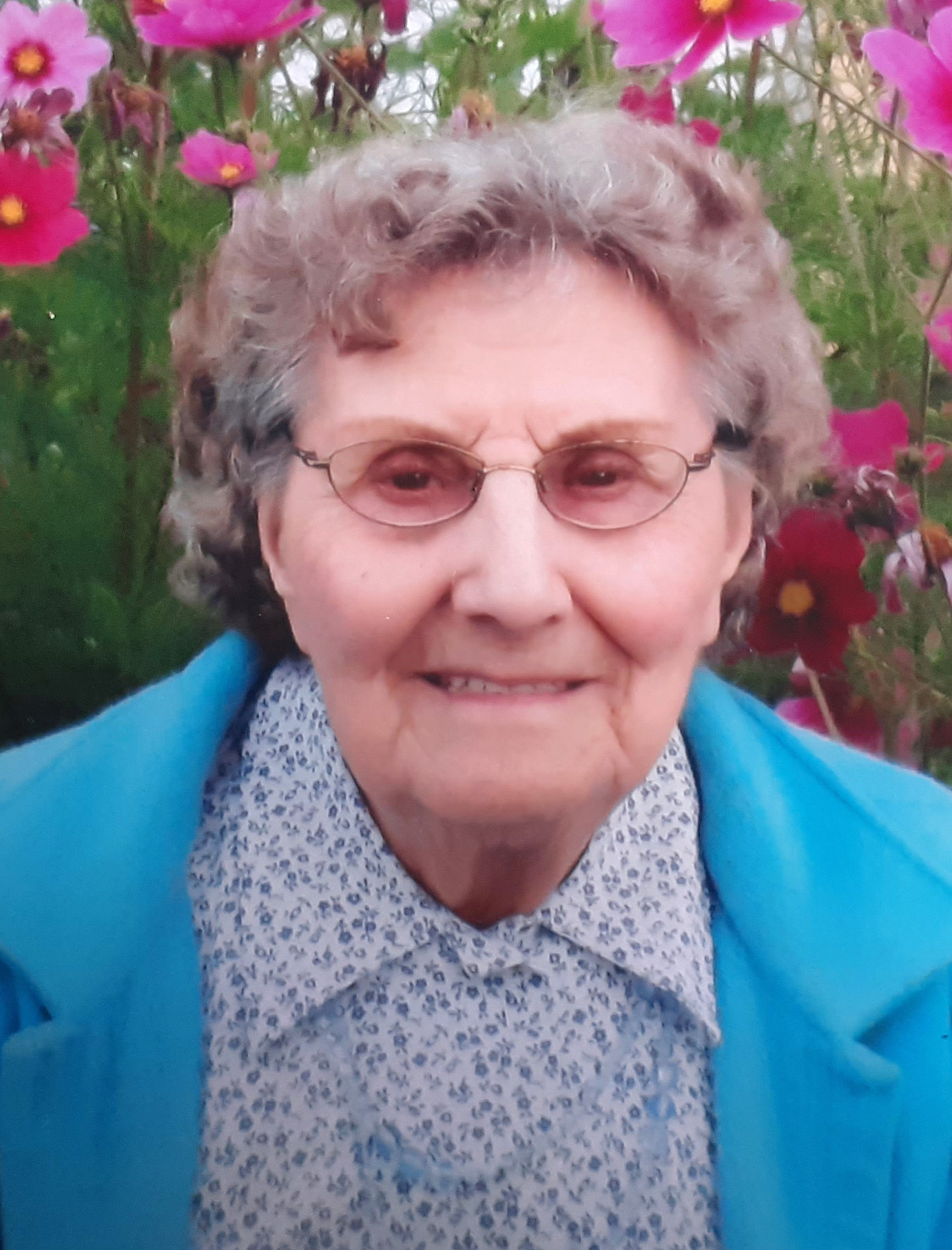 Please share a memory of Louise to include in a keepsake book for family and friends.
View Tribute Book

Louise Tverdeay (nee Beek) passed away peacefully at Capital Care Grandeview, Edmonton, Alberta on September 4, 2022 at the age of 103 years.

Louise was born and raised in Kitscoty and moved to Lloydminster with her husband and raised five children. Louise remained there until 2005 and then spent the remaining years in a retirement residence in Edmonton, Alberta.

Louise was predeceased by: her husband, Daniel Tverdeay; children, Shirley Tverdeay, Joyce (Horst) Urbaniak and Ricky Tverdeay. She was also predeceased by twelve of the thirteen children born to Frank and Mary Beek of Kitscoty, Alberta.

The Family would like to thank the staff at Grandview Capital care for the excellent care of our Mom for four years.

A private family gathering will be held at McCaw Funeral Chapel followed by a graveside service in Lloydminster City Cemetery.

In lieu of floral tributes, please contribute to a charity of one’s choice on behalf of Louise.

The funeral card for Louise can be viewed or downloaded from the link below.

Share Your Memory of
Louise
Upload Your Memory View All Memories
Be the first to upload a memory!
Share A Memory
Plant a Tree