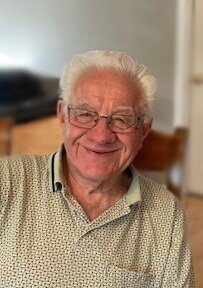 The family announce the sudden and unexpected passing of August Frank Klane at Lloydminster Hospital, Lloydminster, Saskatchewan, December 23, 2022 at the age of 79 years.

August is predeceased by: his wife, Mardel Klane; and his parents.

The Mass of Christian Burial for August will be conducted from St. Anthony's Roman Catholic Church, Lloydminster, Alberta on Tuesday, January 3, 2023 at 12:45 PM MST.

The Interment for August will be held at Saint Augustine Roman Catholic Cemetery, Humboldt, Saskatchewan on Thursday, January 5, 2023 at 2:00 PM CST with a Celebration of Life and social to follow.

The funeral card for August can be viewed or downloaded from the link below.

Share Your Memory of
August
Upload Your Memory View All Memories
Be the first to upload a memory!
Share A Memory
Plant a Tree