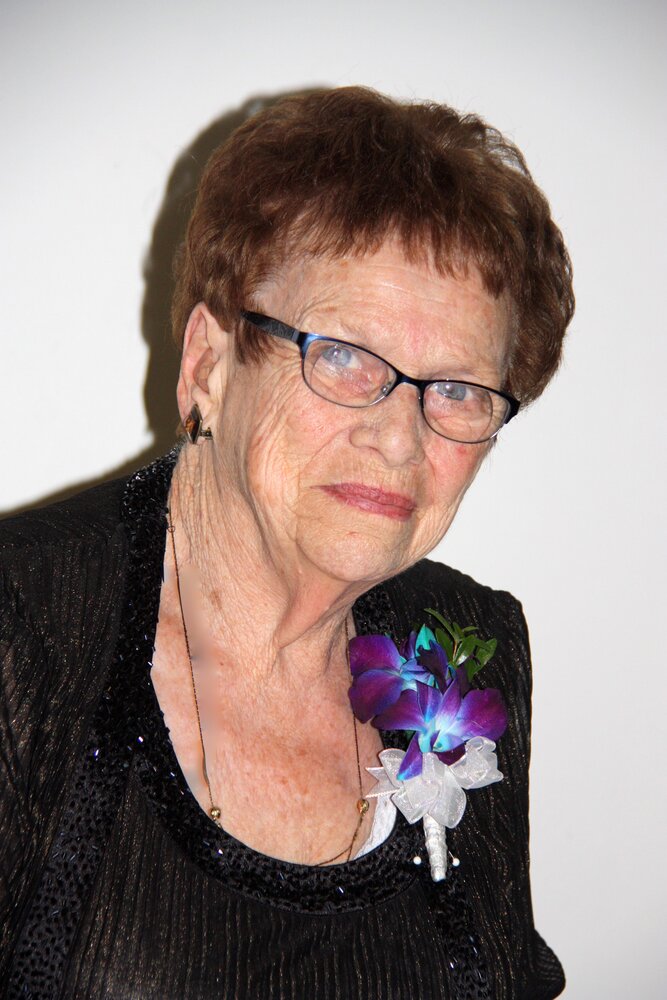 Ferne was born near the banks of the North Saskatchewan River at Ospenia, SK. She lived in the Marcelin district, eventually moving to Saskatoon for a span of nearly 50 years. Her last remaining time was spent near family in Lloydminster. The family wish to express sincere gratitude to health care personnel at Luther Tower (Saskatoon), Hearthstone Place (Lloydminster) and Jubilee Home (Lloydminster) for their genuine honour and respect they showed to Ferne. We also wish to acknowledge relatives and dear friends who stayed in contact and offered support throughout these years.

Ferne was always associated with great hospitality, her cooking skills and the beautiful gardens she grew. Flowers, in particular were treasures for her. She believed in tolerance, looking out for her neighbours and was blessed with the capacity to work happily and diligently. Her family was a source of constant comfort and support which she returned in kind. Mom was an avid fan of the Saskatchewan Rough Riders and the Toronto Blue Jays, Mom could be counted on to follow these teams in good or bad times.

Ferne was pre-deceased by: her partner, John Soloway; parents, Alex and Dora Postnikoff; as well as six siblings.

The interment will be held at the Woodlawn Cemetery, Saskatoon, Saskatchewan on Friday, January 6, 2023 at 1:00 PM CST.

Donations in memory of Ferne may be made to Lloydminster Regional Health Foundation/Jubilee Home Patient Comfort Fund or donor's charity of choice.

Ferne's funeral card can be viewed or downloaded from the link below.

Share Your Memory of
Ferne
Upload Your Memory View All Memories
Be the first to upload a memory!
Share A Memory
Plant a Tree