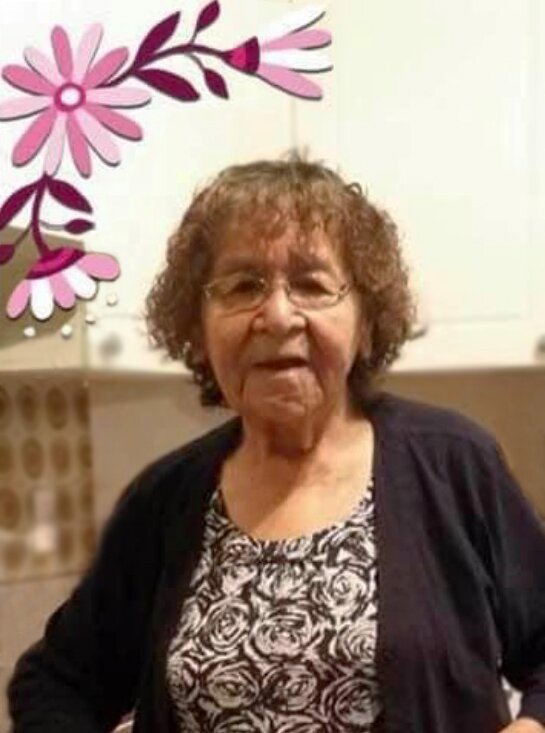 Cecile Whitstone passed away at home in Edmonton, Alberta, January 5, 2023 at the age of 83 years.

Cecile Whitstone (nee Cooke) was born September 1, 1939 in Waywayseecappo, Manitoba to Joseph and Dorna Cooke. She met Charlie Whitstone when he was working for the carnival. They later married and had three children, Dorothy Boakye (nee Whitstone), Cheryle Whitstone and Wayne Whitstone. They spent a few good years together and later separated. She then met Eric John Lewis and they had seven children while together: Rex Whitstone, Derwin (Doreen) Whitstone, Rebecca (Pat) Weir, Delbert Whitstone, Nita Whitstone, Rita Whitstone and Sheldon Whitstone. However, for the last 40 years, Cecile's partner,Vince Haywood was the only person who she committed her life too and raised a great granddaughter together.

Cecile later moved to Edmonton, where she made that her home, until her passing. Cecile's family grew over the years to five generations. She always loved her growing family and had her heart and door open and would help out anyone who needed it. To family and friends, Cecile was a hard working woman, who supported her family. She even went to school in February 1997.

Cecile would travel to Wayway to visit, help take care of her mom, see her siblings and to attend family matter's over the years. She would also travel to Onion Lake to visit her family and friends.

The Wake for Cecile will be conducted from Onion Lake Log Church, Onion Lake, Saskatchewan on Tuesday, January 10, 2023 at 11:00 AM.

The Funeral Service for Cecile will be conducted from Onion Lake Log Church, Onion Lake, Saskatchewan on Thursday, January 12, 2023 at 11:00 AM.

Cecile's funeral card can be viewed or downloaded from the link below.

Share Your Memory of
Cecile
Upload Your Memory View All Memories
Be the first to upload a memory!
Share A Memory
Plant a Tree