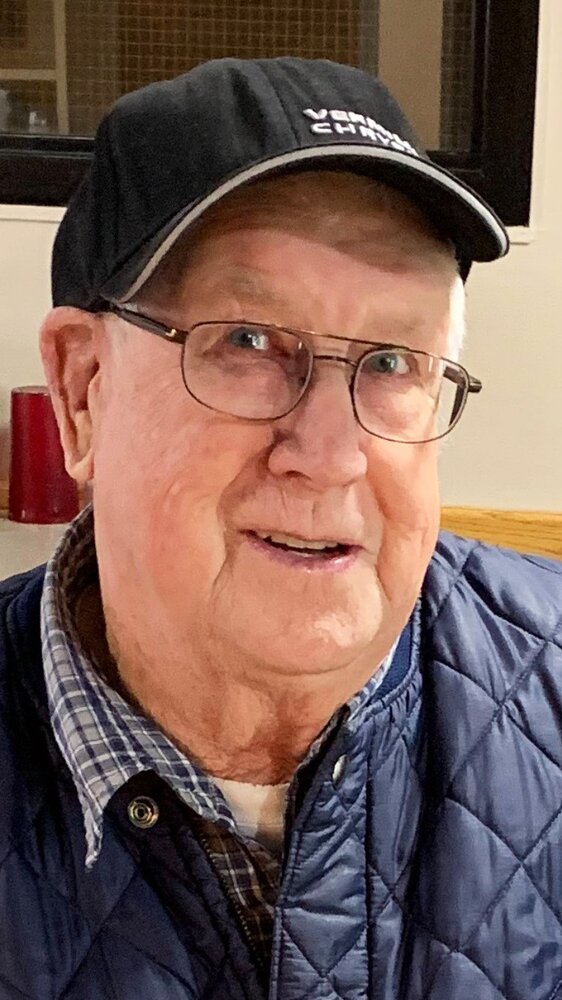 Ron’s early years were spent farming and truck driving. He and Mary established R.A. Oilfield Services in the 80’s and often spoke of the many on his crew. Ron was a man of many trades. He spent over a decade working for the County of Vermillion River and pursued any entrepreneurship that peeked his interest. In retirement, Ron spent time on his farm tending to his cattle and land. He loved his gardens and built them anywhere they could fit. A passion of Ron’s were his apple trees and making sure to share so not one went to waste. A prairie boy through and through. He loved watching the birds in the farmstead skies and was able to name them by their tune. His love of birds would have him insist on building more bird feeders and houses. He could not have too many.

Ron loved to laugh. Whether it was at morning coffee at the Wheaty with the regulars or around the table playing canasta with friends and family. He always had a joke or prank on hand. He would often tell his granddaughters, “If you can’t laugh, you might as well be dead". Even while in the hospital, he would try to make the nurses and fellow patients crack a smile. We know that he is now laughing and dancing up a storm with Mary.

Ron is survived by: his children, Deborah, Cindy (Wayne) and Darren (Sheila) Hale; grandchildren, Sasha, Carla, Shane and Tanya; as well as so many more.

Ron is predeceased by: his wife, Mary Hale; and his parents, Arthur and Eva Hale.

Donations in memory of Ron may be made to Vermilion Health Centre.

Share Your Memory of
Ron
Upload Your Memory View All Memories
Be the first to upload a memory!
Share A Memory
Plant a Tree