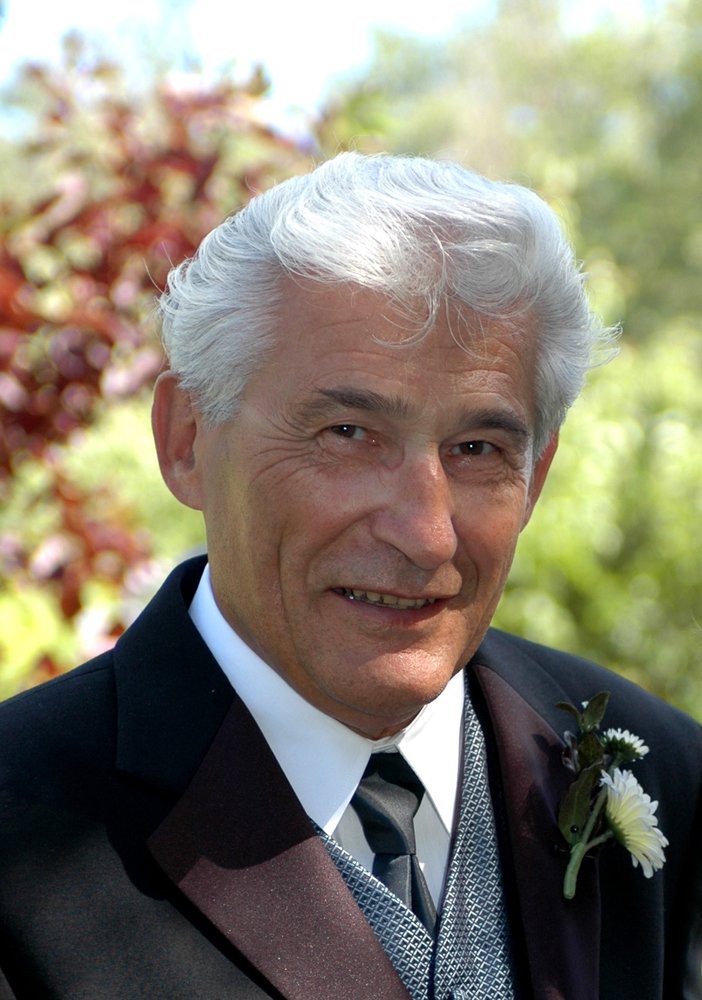 Larry Elmer Peter Muchowski passed away peacefully in the Lloydminster Hospital on Monday, May 11, 2020 at the age of 74 years.

Larry was born in Prince Albert, Saskatchewan on September 28, 1945.  As a young boy, Larry resided near Hafford, Saskatchewan until he and his family moved to Lloydminster where they opened Muchowski’s General Store.  Larry completed his schooling in Lloydminster, and spent much time helping in the store and the garden.

Larry was very hard working.  He started his working career at the Meridian Booster newspaper.  He also worked at Nelson Lumber, PCL, and Bowsfield Realty where he did carpentry/maintenance work.  Larry was a very good carpenter as could be seen in his various projects like the cabin he built at Brightsand Lake.  He had a high standard of quality and believed in doing things the right way.

Larry raised his family with a love of the outdoors.  He really enjoyed playing hockey while he was growing up.  He told stories of how he and his friends would hike or cross-country ski into the bush just outside of town to have a campfire and skate on the pond.  He often took his family skating, tobogganing, and occasionally ski-doing.  He cleared a section of beach and built a dock for many summers of swimming and fishing at the lake.  We often celebrated birthdays at Bud Miller Park, and Larry would barbecue.

His greatest passion was fishing in both summer and winter.  He spent many hours making an assortment of fish hooks, and he was very knowledgeable about how to catch different varieties of fish.  Larry also loved gardening and picking wild Saskatoon berries and mushrooms every summer.

Larry could often be found attending local events, such as pancake breakfasts, credit union functions, Christmas and street festivals, and the Lloyd fair.  He loved to visit with members of his community.  He was very kind to animals, and especially loved cats.  Larry was a devoted son, and took care of his mother so that she could live independently in her home above the store for many years.  Larry was also very independent, but he always made time for family when they came to visit.

Larry is survived by his two daughters, Heather Muchowski (Curtis Hansen) and Kimberley (Ryan) Christensen, and their mother, Karen Muchowski.  Larry is also survived by his beautiful grandchildren:  Eva, Ella, Elaina and Liam.  Larry was predeceased by his mother, Nellie Muchowski.

In memory of Larry, a viewing will be held at McCaw’s Funeral  Chapel followed by a service at the Lloydminster Cemetery on Thursday, May 21, 2020.  Due to our current health regulations, social distancing and gathering restrictions will be followed.

Donations in memory of Larry may be made to Canadian Cancer Society.

Larry's memorial card can be viewed or downloaded from the link below.

Share Your Memory of
Larry
Upload Your Memory View All Memories
Be the first to upload a memory!
Share A Memory
Plant a Tree