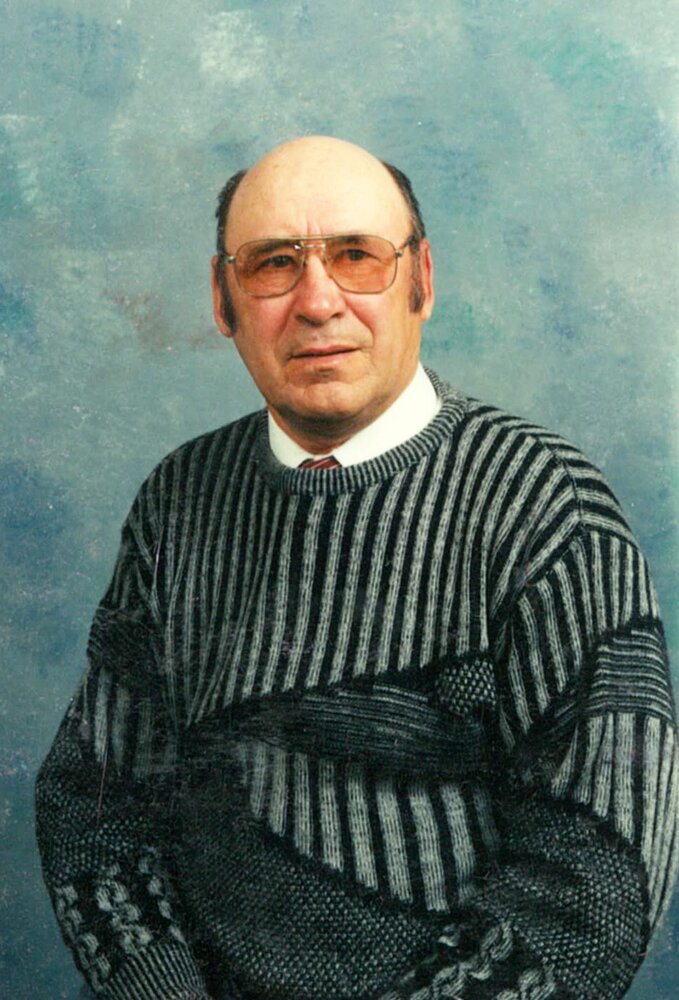 Please share a memory of Ed to include in a keepsake book for family and friends.
View Tribute Book

Edmund Winter passed away at Pioneer House, Lloydminster, Alberta on Saturday, March 5, 2022 at the age of 95 years.

Edmund was born in Wedenstal, Russia on June 30, 1926 and immigrated to Canada with his parents in August of 1926. They settled in the Lashburn area and established the family farm. Edmund attended the Burke country school and worked alongside his father on the farm.

He married the love of his life, Norah Ellis, on October 24, 1951 in Lashburn, SK and they celebrated their 70th wedding anniversary in the fall of 2021. They bought the family farm where they raised their 8 children. Ed and Norah were active members of First Baptist Church in Lloydminster since 1953, where Ed served as a Deacon, sang in the choir, and taught Sunday school.

Ed’s hobbies included bowling, floor-curling, fishing and building. Music was also a big part of Ed’s life and is something he shared and passed down to all his children. Ed and Norah enjoyed time spent travelling to places including Thailand, Germany, Haiti, England, Alaska, Costa Rica, and the USA. During the summer months, Ed and Norah could be found camped at Ministikwan Lake, where they spent time on their boat, fishing with friends and family - often their grandkids.

The Funeral Service for Ed will be conducted from First Baptist Church, Lloydminster, Saskatchewan on Monday, March 14, 2022 at 1:00 PM. The service will be live streamed and posted on the McCaw Funeral Service website under Ed's obituary at the time of service.

Donations in memory of Ed may be made to Pioneer House or donor's charity of choice.

Ed's funeral card can be viewed or downloaded from the link below.

Share Your Memory of
Ed
Upload Your Memory View All Memories
Be the first to upload a memory!
Share A Memory
Plant a Tree