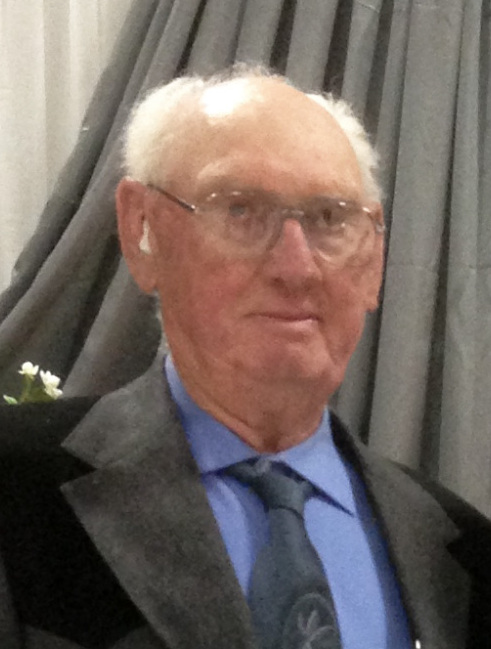 Please share a memory of Vince to include in a keepsake book for family and friends.
View Tribute Book

Vincent Wallace Murphy passed away at Pine Island Lodge, Maidstone, Saskatchewan on Friday, January 20, 2023 at the age of 89 years.

Vince was predeceased by: his parents, Wallace and Agnes Murphy; brothers, Sylvester and George; and sister, Loretta.

Vincent Wallace Murphy was the son of Wallace and Agnes Murphy born at home on the farm at Carruthers on November 11, 1933.

He took grades 1 through 6 at Formby School then went to Carruthers School for grades 7, 8, and 9. He quit school to farm with his Dad for one year. Then his parents moved to North Battleford. Vince and his brother, Sylvester, continued to farm together for 7 years.

On June 12, 1958, Vincent married Iris Peart and they lived and farmed with Sylvester. They lived in Edmonton over the winter months where Vince worked in the oil fields and Iris babysat. That spring, they built a small house in the Peart yard and lived there until they purchased the Goodfellow place in 1963. They lived and farmed there until this past September when they moved to Maidstone. He was only living there for 2 short months, when after suffering several strokes, he had to go into the hospital. He was there for 7 weeks, then went into long-term care for 2 weeks.

Vince served as councillor for Division 4, Hillsdale RM for 28 years. He thoroughly enjoyed his time with the RM and reluctantly retired, due to poor heatlh.

Vince farmed since he was a teenager and liked every aspect of it. It was his life.

Vince and Iris went on several trips with friends, to US on bus trips, a couple times to Hawaii and three times to PEI where he visited his father's birth place and his grandfather's grave and got to know and love his cousins from the east.

Some of Vince's favorite things were his family visits with his grandkids and great grandkids. John Deere equipment, horses, cattle, his dog, chatting with neighbors, coffee, peanut butter, politics, chuck wagon races and rodeos, power naps in the recliner, watching crops come up and grow, straight fences, fixing things, council meetings, western books and movies and country music, and a gentle rain after a long, dry spell. One thing he was very clear on was that John Deere was the only equipment dealer and Chev was the only truck dealer.

Vince will be laid to rest in Carruthers Hillcrest Cemetery in the Spring.

Our family chain has been broken. We will miss him always.

Donations in memory of Vincent may be made to Heart and Stroke Foundation or Hillcrest Cemetery­ - Carruthers, SK.

Share Your Memory of
Vince
Upload Your Memory View All Memories
Be the first to upload a memory!
Share A Memory
Plant a Tree